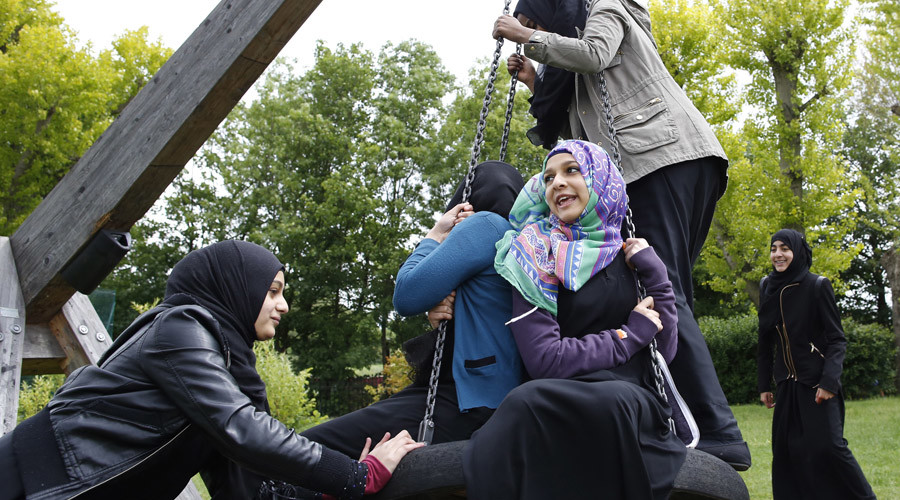 © Olivia Harris / Reuters
More than 1,000 children have been referred by teachers to a deradicalization program in the space of a year to prevent them becoming terrorists – but leading teaching unions insist some minors are being reported unnecessarily.

Authorities were also alerted to hundreds of patients and higher education students who were reportedly vulnerable to extremism, according to the Times.

Roughly half of those referred were assessed but did not require any further intervention.

Teachers are required by the Counter-Terrorism and Security Act “to have due regard to the need to prevent individuals from being drawn into terrorism.”

The measures also require local authorities, the health sector, prisons and police to comply with the rules.

Within the schools in England and Wales, 1,041 children were referred to deradicalization program ‘Channel’ in 2015, compared to nine children from 2012 when it was extended nationally.

In further education facilities such as colleges, there were 180 referrals from last year compared to five in 2012. Universities reported 76 students while the health service had 228 referrals in 2015.

The figures were released under the Freedom of Information Act by the National Police Chiefs Council.

Kevin Courtney, from the National Union of Teachers said the figures suggested the tendency of over-referring pupils.

‘Channel’ is part of the British government’s wider ‘Prevent’ strategy to tackle extremism and stop people from becoming terrorists.

In March, teachers voted overwhelmingly to reject the strategy, with concerns that it causes “suspicion in the classroom and confusion in the staffroom,” and disproportionately targets Muslim students.

The program has been considered a failure by teaching unions, largely due to some 90 percent of referrals ending without action being taken, according to the Guardian.

A spokesperson for the Home Office said the program was designed to “safeguard” children.

“Like safeguarding mechanisms for other risks such as child exploitation, vulnerable children deserve to have the support they need,” he told the Times. “Protecting those who are vulnerable and at risk of radicalization is a job for all of us.”

‘Never mind the US, Russia’s the one losing patience over Syria ceasefire chaos’ – Chief of Staff 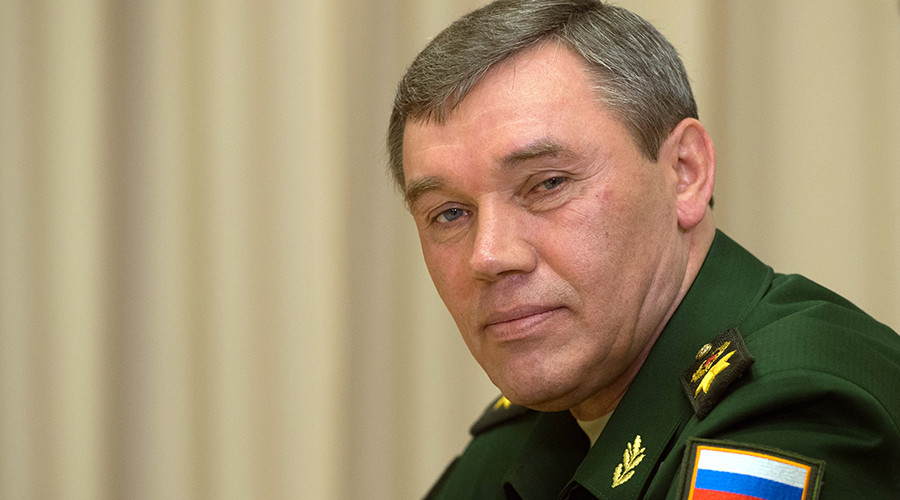 Valery Gerasimov’s statement comes in response to one from US Secretary of State John Kerry last week, in which he said Washington is running out of patience regarding truce violations in Syria. The ceasefire brokered by Russia and the United States in February doesn’t include Al-Nusra Front and Islamic State (IS, formerly ISIS/ISIL) positions, as well as other formations considered to be terrorists by the United Nations Security Council.

Hawks rising: Dozens of State Dept officials call for US strikes against Assad in Syria

“Russia needs to understand that our patience is not infinite. In fact, it is very limited with whether or not Assad is going to be held accountable,” Kerry said last Wednesday. “It is very clear that the cessation of hostilities is frayed and at risk, and that it is critical for a genuine cessation to be put in place.”

In response to Kerry’s statement, the head of the Russian General Staff warned it is, in fact, Russia that is growing impatient with the US over Washington’s refusal to cooperate.

“If anyone’s patience on Syria is waning, it is ours, not the United States. We are in full compliance with our obligations to maintain the ceasefire and ensure national reconciliation in Syria. The American side always has problems with the ‘opposition under its control’,” Gerasimov said.

Russia has for months been urging Washington to produce a shared map of the positions of fighting forces to avoid incidents and prevent targeting those groups fighting IS and Jibhat Al Nusra in Syria. The US hasn’t shared those coordinates.

“As a result, terrorists in Syria are actively regrouping and tensions are soaring again. It cannot continue this way indefinitely,” Grasimov said, adding that the Russian Defense Ministry has supplied the US with a list of its terrorist targets for three months.

Gerasimov went on to blame the US for double standards concerning what constitutes ceasefire violations.

“In their opinion missile bombardments of Syrian government troops and communities by militants should be considered by all as ‘insignificant violations’ of the ceasefire. But any proportionate response to the militants by the Syrian military are at once declared as disproportionate strikes on the opposition,” Gerasimov said.

ISLAMABAD: After about three years of constant efforts, Pakistan has ultimately completed the construction of a massive trench in Balochistan alongside its porous border with Afghanistan to keep separatists, smugglers and militants from sneaking into the country.

The strategic project of 1,100-kilometre-long trench with the cost of Rs14 billion was initiated along Pak-Afghan border in Balochistan by Frontier Corps in 2013.

The 11-foot-deep and 14-foot-wide ditch on the entire stretch of the border is contributing in efforts by the security forces to have a proper border management, an official of the provincial Home Department said.

In the next phase, the project will be extended to the entire over 2,400-kilometre-long border and after its completion, travel between the two countries will only be allowed through officially-designated crossing points.

The FC, at the beginning of the project, had maintained that the trench would “not only help in effectively controlling the movement of drugs, arms and ammunition smugglers but will also help in stopping the intrusion of terrorists and illegal immigrants”.

“Proper management on all of our international borders is an essential need for a peaceful Pakistan,” Balochistan government’s spokesperson Anwaar-ul-Haq Kakar said. “In accordance with our laws, we are making our efforts to discipline cross-border travelling with Afghanistan and other countries.”

He went on to say, “No one has the right of objection if Pakistan is enforcing a proper management on its border regions.”

The spokesperson is of the view that the proper border management on the Pakistani borders is also in the interest of the neighbouring countries.

“The border management will contribute to strengthen our system to check the intrusion of Indian-sponsored Baloch insurgents and Indian spies in Balochistan,” he added.

“It is an undeniable fact that a loose control on the porous borders in the past had allowed several hundred illegal immigrants to enter into Balochistan and now same elements are threatening the law and order situation in the province,” Kakar said.

Commenting on the construction of deep ditch last year, former ambassador to Afghanistan Rustam Shah Mohmand had said the project might have blessings of the United States.

In November 2012, a senior diplomat said that the US recognised the Durand Line as an international border. “If the government in Kabul has other interpretation, that’s certainly their business,” Richard E Hoagland, US deputy chief of mission in Pakistan, had said at a media discussion.

Pakistan for the first time announced in 2005 that it had plans to build a 2,400-kilometre fence along its border with Afghanistan to check armed militants and drug smugglers slipping between the two countries.

Former president General (retd) Pervez Musharraf had subsequently offered to mine the border as well but the idea could not materialise till 2009 due to an objection by Afghanistan. The opposition by Kabul was based on an argument that the plan would undermine its stand on the Durand Line.

However, Pakistan along with US and Afghanistan jointly executed the project of fencing the 35-kliometre of border area when during 2010-11 the incursion by militants was on its peak.

The project was discontinued as both Washington and Kabul backed out of it due to unknown reasons.