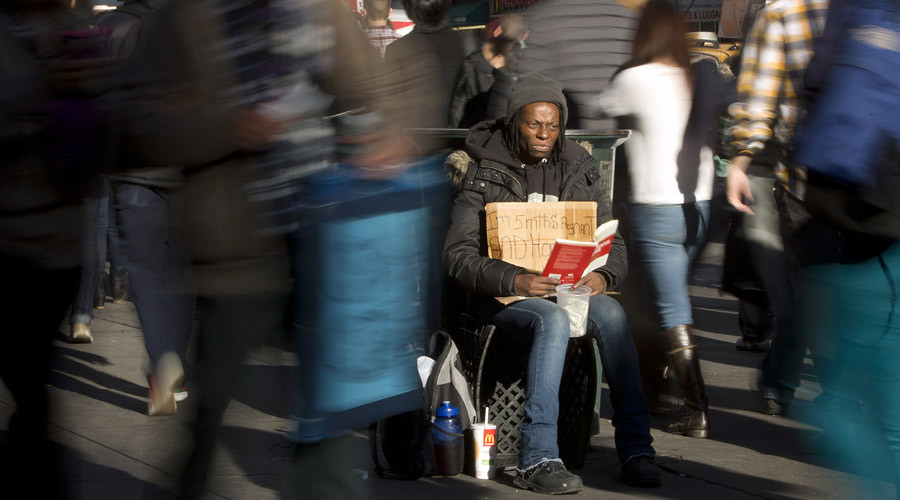 A woman who claims to be five months pregnant and homeless begs for money as people walk past on 7th Avenue in New York © Carlo Allegri / Reuters
While US economy is generally in good health, the International Monetary Fund has found many Americans are staying out of the workforce or living in poverty.
Read more 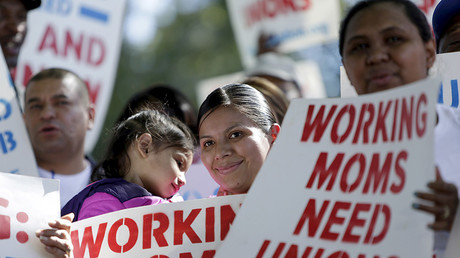 Working mothers in the US still face greater poverty and difficulties

The IMF praised Washington for creating 2.4 million jobs in the last year and said the unemployment rate has fallen to 4.7 percent, the lowest level since the global crisis of 2008-2009.

The Fund cited US census data that 46.7 million people or 15 percent of Americans now live below the poverty line, including 1 in 3 households headed by women.

READ MORE: America, we have a problem: Homelessness is out of control

The IMF also urged the US to ratify the Trans Pacific Partnership, sign a trade and investment agreement with Europe and tackle protectionism.

The report also slashed the US growth forecast for 2016 to 2.2 percent from 2.4 percent previously, but maintained its growth outlook at 2.5 percent in 2017.

“Our assessment is that, if left unchecked, these four forces – participation, productivity, polarization and poverty – will corrode the underpinnings of growth and hold back gains in US living standards,” said IMF Chief Christine Lagarde.

One thought on “Forget Becoming Middle Class, 15% of All Americans Would Settle For Just Becoming “Working Poor””