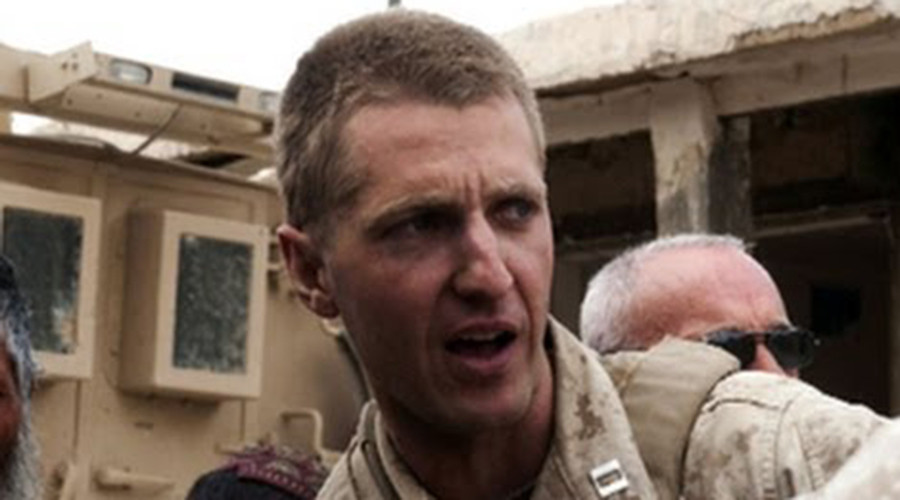 A Marine Corps officer who is facing discharge for the mishandling of sensitive information is demanding the same treatment that Hillary Clinton received when the FBI chose not to indict her over her storage of classified emails.

Maj. Jason Brezler has been locked in a battle with the Marine Corps since he used an unclassified Yahoo email account to send a classified message warning fellow service members of a potentially corrupt Afghan police chief in July 2012.

Seventeen days after that email was sent, a servant of that police chief killed three Marines and severely wounded a fourth when he opened fire with an assault rifle.

Brezler was punished with a potentially career-ending fitness report for sending the warning over improper channels, and brought a lawsuit challenging that finding in December 2014. The case is still tied up in federal court.

On Tuesday, FBI chief James Comey announced his recommendation that no criminal charges be brought against Clinton as the culmination of a year-long investigation of her email, even though he believed that she and her staff were “extremely careless” in handling classified material.

A day later, US Attorney General Loretta Lynch announced that the Justice Department would follow the FBI’s recommendation and close the investigation with no charges against Clinton.

Brezler, who is still in the reserves and who works full time for the New York City Fire Department, did not receive criminal charges in his case. However, he had voluntarily notified his superiors that he improperly disseminated the information, and also voluntarily handed over electronic devices to the Naval Criminal Investigation Service, which found that he kept more than 100 classified documents on personal, unsecured devices to help him write a book about his experiences in Afghanistan.

The board recommended that Brezler be removed from service in December 2013, and the decision has been upheld by both the Marines Corps and the Navy through the service member’s appeal.

Jamie Williamson, the president of a group of former special operations members and CIA officials known as OPSEC, said that he sees that thinks that Brezler got punished because he was a rank-and-file service member, while Clinton evaded prosecution due to being part of the politically connected elite.

“I know if I had done a fraction of the things that Mrs. Clinton did, we wouldn’t be talking now because I would be sitting in jail many months ago,” Williamson told The Hill.

“There’s ‘classified’ that sends you to jail when you disclose it, and then there’s special treatment if you’re one of the Clintons, I guess,” Williamson said. “I think that sends a terrible message … to the voting public and to anybody that holds a security clearance.”