Taliban Fits Perfectly Into US Strategy to

The emergence of the Taliban was facilitated by the US and its allies, who tried to use the terrorist threat to maintain their control over the Central Asian region while simultaneously posing a challenge to America’s geopolitical competitors, Russia and China, Afghan experts told Sputnik.

The Taliban — a radical Afghan Islamist organization — was created by the US and its allies to maintain control over Central Asia and pose a challenge to Russia and China, experts told Sputnik Afghanistan, assuming that Pentagon war planners are not really interested in destroying the terrorists.

“The Taliban was created by the West and the countries neighboring [Afghanistan],” Gol Ahmad Azami, a military expert and Afghan parliamentarian told Sputnik. “The main role [in creating the Taliban] was played by Pakistan and Arab [Gulf] countries.”

Azami said that if Washington had truly planned to eradicate the terrorist organization it could have done it at the very beginning of the conflict, especially given the fact that Pakistan at that time was America’s close ally.

According to the Afghan parliamentarian, the US also facilitated the emergence of Osama bin Laden, who later became a thorn in the side for Americans and whom they destroyed with the assistance of Islamabad.Azami underscored that if the US and its regional allies were really interested in bringing an end to the war with terrorists it would have never lasted this long.

Afghan general Abdul Vahid Taqat echoes Azami: “The Taliban is the project of the US and Great Britain,” he suggested speaking with Sputnik.

The general called attention to the fact that initially the terrorist organization was located in the south of Afghanistan. If the Americans wanted to destroy it, they would have put an end to it in the south instead of forcing them to go to the north, he suggested.

“The purpose of the US military presence in our country is not a war on terrorism, but penetration into neighboring countries and Russia,” Taqat believes. 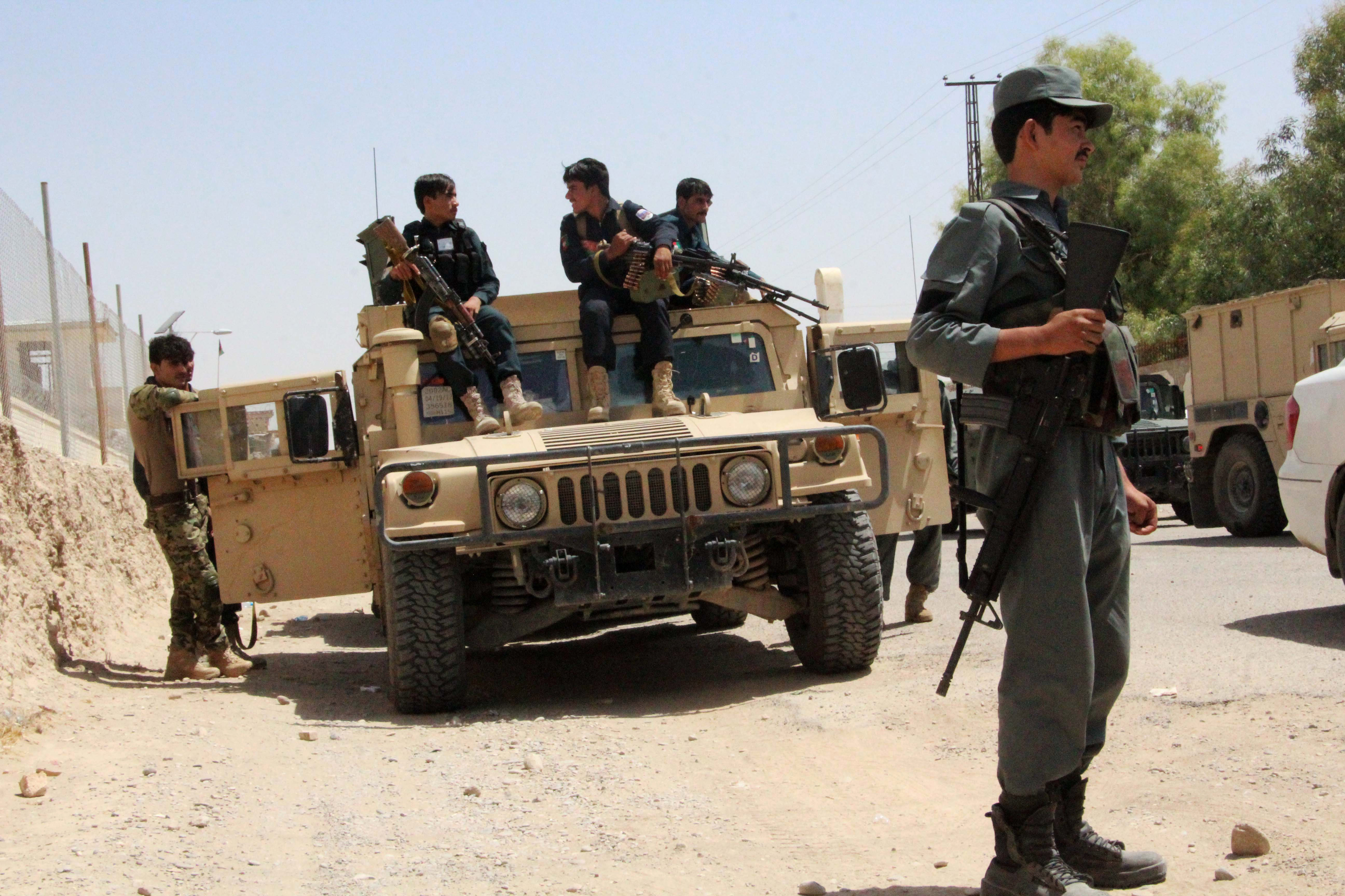 © AFP 2017/ NOOR MOHAMMAD
Afghan security personnel sit on atop an armoured vehicles amid an ongoing battle with Taliban militants in the Gereshk district of Helmand province on July 22, 2017

Atiqullah Amarkhel, a military analyst and retired general from the Afghan Air Force, surmised that the Taliban was part of the US strategy aimed at destabilizing the region. According to Amarkhel, the Taliban’s presence in Afghanistan and Central Asia, in general, has always fit into the Pentagon’s plans.

He recalled that in 2004 the Taliban popped up in Charchino district and the war resumed. The US-led coalition deployed about 150,000 troops in Afghanistan. By 2014 the war had intensified with the Taliban obtaining more resources and weapons. Although the terrorist organization was far from being destroyed Washington announced that it was going to withdraw its troops from the country.

As a result, the Taliban continued to gain ground in Afghanistan, the military analyst pointed out, adding that in 2015 the situation further deteriorated with the emergence of Daesh (ISIS/ISIL) and the Haqqani Afghan guerilla insurgent group in the region.”Then the neighbors of Afghanistan started saying that the US themselves allowed the Taliban and Daesh to spread [within the country], adding that the US wants to destabilize the region and establish its domination here,” the military analyst said.

According to Amarkhel, the US’s main strategic goal was to undermine the security of Central Asian states, such as Uzbekistan, Tajikistan and other countries of the region. The crux of the matter is that the destabilization of Central Asia poses a substantial threat to Russia and China’s national security.

Earlier, on August 22, The Intercept’s Ryan Grim wrote that “shortly after the US invaded Afghanistan, the Taliban tried to surrender,” however, Washington “turned them down repeatedly.”

Since George Bush, the Afghan strategy envisaged eradicating as many terrorists as possible, “Afghans that the US worked with understood the predicament their military sponsors were in, so they fabricated bad guys,” Grim pointed out.

Afghan general and parliament member Nazife Zaki disagrees with Grim.According to Zaki, the Taliban didn’t try to surrender: being struck by the US-led coalition forces the terrorist organization simply retreated, fleeing Kabul and the country’s provinces.

“They retreated to collect weapons and resume the fight in 2005,” Zaki told Sputnik. “They did not have an opportunity to resist the offensive conducted by several foreign states at once.”

According to Azami, at that time, the US-led coalition had enough leverage to eradicate the Islamist group, but the truth of the matter is that Washington and its allies had “far-reaching plans.”

“The continuation of this war is a continuation of the competition of global powers, as it was during the Cold War between NATO and the Warsaw Pact countries,” Azami emphasized. “I hope that in our time Afghanistan’s diplomacy will be able to play actively, so that our country won’t become a confrontational arena for great powers.”

Instead of playing power games, America and its allies have to realize that terrorism is evil and team up with Russia and other countries to create a global coalition that can save humanity from this disaster.