Actor-director Rob Reiner and actor Morgan Freeman have teamed up with a sordid crowd of extreme right-wingers to push the McCarthyite anti-Russia campaign.

Reiner, a longtime Democratic Party fundraiser and fervent Hillary Clinton supporter, is a member of the Advisory Board of a new organization, the “Committee to Investigate Russia,” which describes itself as a “non-partisan, non-profit” organization “helping Americans understand the gravity of Russia’s continuing attacks on democracy.” 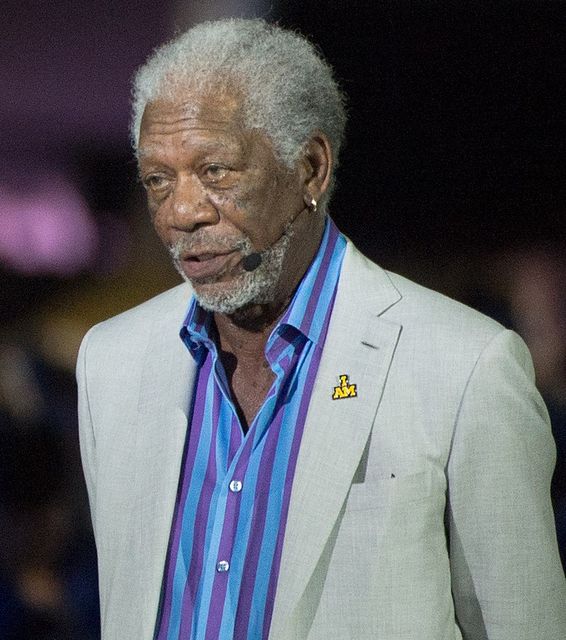 As part of this foul outfit’s launching, Freeman narrates a two-minute video, which begins: “We have been attacked. We are… at war.” Freeman asks his viewers to imagine a movie script in which a former KGB spy, “angry at the collapse of his motherland, plots a course for revenge.” After becoming president, “he sets his sights on his sworn enemy: the United States.”

Freeman goes on: “And like the true KGB spy he is, he secretly uses cyber warfare to attack democracies around the world. Using social media to spread propaganda and false information, he convinces people in democratic societies to distrust their media, their political processes, even their neighbors… Vladimir Putin is that spy, and this is no movie script.”

The actor then calls on President Donald Trump to “tell us the truth”—that during the 2016 election “we came under attack by the Russian government.”

Invoking the language of Cold War hawks, Freeman informs his viewers that the “free world is counting on us for leadership.” He concludes: “For 241 years, our democracy has been a shining example to the world of what we can all aspire to. And we owe it to the brave people who have fought and died to protect this great nation and save democracy.”

A number of out-and-out reactionaries sit alongside Reiner on the Advisory Board of the Committee to Investigate Russia. Prominent among these is James Clapper, who, as Director of National Intelligence (2010-17), presided over agencies carrying out espionage and intrigue against governments and corporations internationally. Clapper lied to Congress about the massive and illegal NSA spying on US citizens. 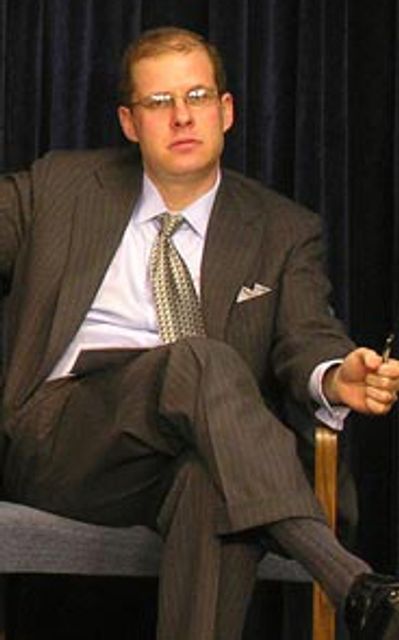 Another illustrious member of the Board is Max Boot, the Russian-born anti-communist fanatic and proponent of US imperialist intervention everywhere. A strident supporter of George W. Bush and the “war on terror,” Boot supported the neo-colonial invasions of Afghanistan and Iraq.

The Board is rounded out by Norman Ornstein of the ultra-right American Enterprise Institute and right-wing author and former talk show host Charles Sykes, notorious for his vicious attacks on the working class and poor in the guise of opposition to the “culture of entitlement.” Another individual publicly associated with the committee is David Frum, right-wing columnist and former speechwriter for George W. Bush, allegedly responsible for the “Axis of Evil” claim in the latter’s 2002 State of the Union address.

Who is this sinister crowd to demand an “investigation” into Russia, or anyone else? Clapper, Boot and Frum, to begin with, should be investigated and prosecuted for carrying out or propagandizing in support of war crimes and crimes against humanity.

The claims in the committee’s video about the leadership of the “free world” provided by America, whose “democracy has been a shining example to the world of what we can all aspire to,” belong under the heading of the Hitlerian big lie. Leaving aside the fact that some of Freeman’s ancestors were slaves and taking into account only the past half-century or so, US imperialism has invaded country after country on the basis of lies (as Ken Burns’ documentary “The Vietnam War” is currently detailing), resulting in the deaths of millions of human beings.

No other elite on the face of the planet has the bloody record of the American ruling class. The Pentagon, the CIA and the entire gigantic military-intelligence apparatus do nothing on a 24-hour basis except conspire against the democratic rights of people around the world.

Nevertheless, the Committee to Investigate Russia’s mission statement reads, “On January 6, 2017, America’s intelligence agencies shared a declassified report concluding Russia had attacked our nation with the express goal of disrupting the presidential election and ultimately weakening our democracy. To this day, that destabilizing effort continues.”

That’s it! On the basis of this bald assertion, the committee declares that “We have been attacked. We are at war.”

As the WSWS noted in January, the cited report consists of unsupported conclusions by the CIA, FBI and NSA, “using the phrase ‘we assess’ 19 times without a single fact to demonstrate Russian involvement… One is left with the bare assertion: we, the intelligence community, have made a judgment, and you, the American people, must take it on faith.” 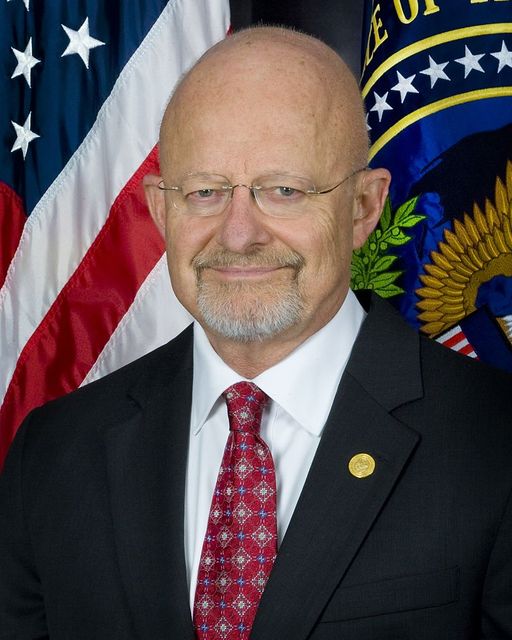 As for the “shining example” of American democracy at home, Freeman and Reiner are doing the bidding of Clapper, who is directly responsible for shredding the Constitution and the Bill of Rights and establishing a surveillance police state structure that would be the envy of Orwell’s Big Brother.

Moreover, the hacked Democratic Party emails leaked by WikiLeaks during the 2016 election—attributed without any evidence to the machinations of Putin—contained true, not fake, information, which has not been contested by the Democrats or Clinton, about the anti-democratic efforts of the Democratic National Committee and the Clinton campaign to sabotage the challenge by Bernie Sanders, as well as the transcripts of Clinton’s fawning speeches to Wall Street, for which she received millions in speaking fees (i.e., bribes).

Such is the manipulated and anti-democratic character of a political system that enforces the monopoly of two right-wing capitalist parties that are controlled top to bottom by a financial oligarchy.

Have Reiner and Freeman thought about what an actual war with nuclear-armed Russia would mean? Tens of millions of dead, entire cities, regions or perhaps continents made uninhabitable, civilization thrown back decades or centuries. What incredible and contemptible irresponsibility!

It took right-winger Tucker Carlson of Fox News, of all people, to point out to Reiner some of the implications of his pro-war propaganda. On Carlson’s program Thursday, the host asked the actor-director, “How would you respond if President Trump took you seriously and sent the B-52s to St. Petersburg or blockaded the Gulf of Finland? Would you support that?”

Reiner responded disingenuously that “We’re not advocating going to war… or a traditional war with Russia… When we say we are at war, we are talking about a cyber war.” Carlson noted that the video “doesn’t make that clear… Morgan Freeman who everyone trusts… [says] we’re at war.”

Foreign policy divisions are a major factor driving the current anti-Russia campaign. Clapper and company view Russia as an obstacle to Washington’s drive for world hegemony and consider the Trump administration too soft or too distracted in this regard.

But for figures like Reiner and Freeman, looming larger is the social situation in the US and their dread of a popular radicalization. Their repugnant efforts coincide with the publication of Hillary Clinton’s book, Google’s efforts at censorship of left-wing websites and the ever more frequent cries heard in the American media and political establishment that “fake news,” which increasingly means anti-establishment opinion, is the source of discontent and social instability in the US.

Thus, the preposterous assertion in Freeman’s video that Putin, “using social media to spread propaganda and false information,” has convinced “people in democratic societies to distrust their media, their political processes, even their neighbors.”

Reiner and Freeman, wealthy celebrities each reportedly worth hundreds of millions of dollars, are intervening to encourage trust in a media and political establishment that is utterly discredited in the eyes of vast layers of the American and world population.

For decades, Reiner has been a big money-raiser for the Democrats in Hollywood. He strenuously campaigned for Clinton in the last election cycle. In November 2015, for instance, Reiner and his wife held a fundraiser at their home in the affluent Brentwood neighborhood of Los Angeles. “Clinton attended a small reception in the Reiners’ entry parlor and later spoke in the garden, with about 350 in attendance,” according to Variety.

The event, “with tickets starting at $500, was billed as a conversation with Clinton.” The account continued: “Those who donated $2,700 got a photo with Clinton, and those who raised $27,000 got access to the host reception.” 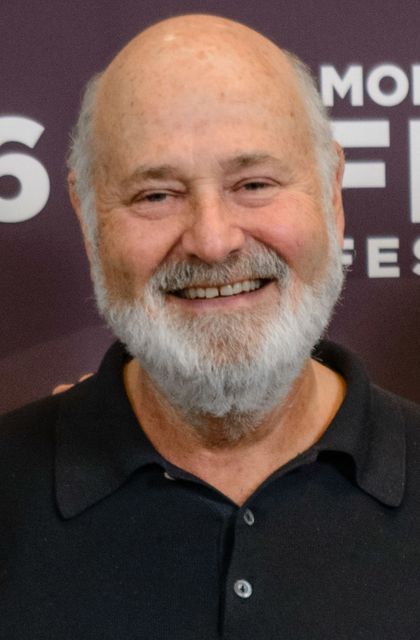 During the campaign, Reiner attributed the persistence of support for Trump to the racism of white working class males. Speaking of such support, he told the Hollywood Reporter in September 2016, “Look at the demographics: It’s mostly white males who don’t have college degrees. And, you know, that’s Archie [Bunker]. Then there’s also a very serious strain of racism that runs through his followers…”

This is the voice of someone a thousand miles from the economic and social suffering of broad layers of the American population.

That Reiner is participating in the McCarthyite anti-Russian campaign has an ironic element. His father, Carl Reiner, veteran comedian, actor and director, had a brush with the anti-communist witch-hunts in the 1950s and even early 1960s.

The elder Reiner, now 95, had sufficient contact with left-wing figures in Hollywood during the time he was writing for and performing on Sid Caesar’s popular television program Your Show of Shows to warrant a visit from two FBI agents in 1954. They inquired about his voting habits and asked, according to Reiner, “Do you know any communists?”

Later, Reiner served as a “front”—someone who took public credit for the writing efforts of figures who were officially unemployable because of their association with the Communist Party—for blacklisted writer Frank Tarloff when Reiner was working on the Dick Van Dyke Show in the early 1960s.

Now his son is taking part in this vile sequel to the McCarthyite anti-Russian hysteria of the 1940s, ’50s and early ’60s.