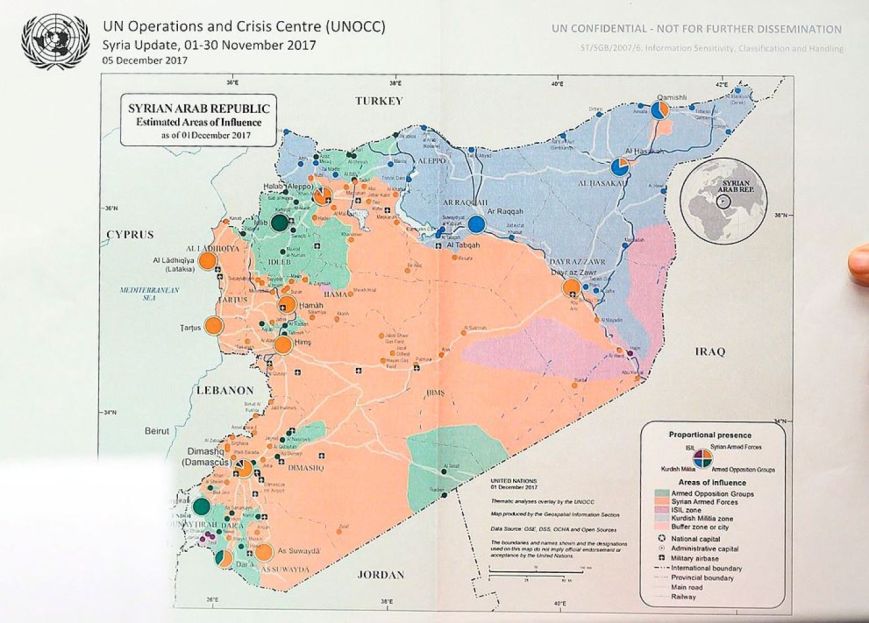 [I am a lifelong gun lover/owner, owned my first gun at 7 or 8, made my first kill at 6 (blacksnake, eating a nest of baby birds), and would NEVER give a gun up for political reasons.  Nevertheless, the following is an excellent hypothesis, to explain our love of guns and worship of violence.  Original settlers came here with the intent of taking by violence property which they could not earn with the sweat of their labor in their European homelands.  The name of the religion of violence, which permeates Western culture is “American Exceptionalism”.]

We will never know for certain who was the first person shot dead in the Americas. Visitors to Historic Jamestowne in Virginia can see the skeleton of a young man, no older than 19; the pellets of lead that killed him are embedded in a shattered knee. Known only as JR102C, the man’s identity has been the subject of much debate. The strongest theory holds that he was a dashing young military officer named George Harrison, and that he was killed in a duel.

But this European settler was hardly the first human being in the “New World” killed by a gun. Forensic scientists excavating sites in Peru have found at least one gunshot fatality nearly a century older, an Inca man shot through the back of his skull by a conquistador. He appears to have been a noncombatant, possibly executed after a 1536 uprising, his body dumped in a mass grave alongside those of women and children. Many of their remains show signs of mutilation and abuse. No one can even pretend to guess at his name or theirs.

These early cases of gun violence belong to a history of settler-colonialism and ethnic cleansing. As the writer and historian Roxanne Dunbar-Ortiz argues in her brilliant new book, Loaded: A Disarming History of the Second Amendment, America’s obsession with guns has roots in a long, bloody legacy of racist vigilantism, militarism, and white nationalism. This past, Dunbar-Ortiz persuasively argues, undergirds both the landscape of gun violence to this day and our partisan debates about guns. Her analysis, erudite and unrelenting, exposes blind spots not just among conservatives, but, crucially, among liberals as well.

These days, debates over the Second Amendment invariably turn on interpreting the connotation of “militia” in the stipulation that: “A well-regulated Militia, being necessary to the security of a free State, the right of the people to keep and bear Arms, shall not be infringed.” Liberals will often argue that gun ownership was always intended to be tethered to participation in institutions like the early Colonial Army or today’s National Guard. Conservatives tend to retort, in so many words, that “the people” were always meant to have guns as such, since an armed citizenry functions as a putative check on tyrannical government over-reach. When polled, a majority of Americans say they believe the Second Amendment guarantees an individual right to bear arms, regardless of participation in formal militias, whether “for hunting” or, as the Supreme Court ruled in 2008 District of Columbia vs. Heller, for lawful “self-defense.”

A distinguished scholar of Native American history, Dunbar-Ortiz dismisses these debates as a red herring. As she pointedly notes, at the time of the Second Amendment’s drafting, other lines elsewhere in America’s founding documents already provided for the existence of formal militias, and multiple early state constitutions had spelled out an individual right to bear arms besides. What the Second Amendment guarantees is instead something else: “the violent appropriation of Native land by white settlers … as an individual right.”

Our national mythology encourages Americans to see the Second Amendment as a result of the Revolutionary War—to think of it as a matter of arming Minutemen against Redcoats. But, Dunbar-Ortiz argues, it actually enshrines practices and priorities that long preceded that conflict. For centuries before 1776, the individual white settler was understood to have not just a right to bear arms, but a responsibility to do so—and not narrowly in the service of tightly regulated militias, but broadly, so as to participate in near-constant ad-hoc, self-organized violence against Native Americans. “Settler-militias and armed households were institutionalized for the destruction and control of Native peoples, communities, and nations,” Dunbar-Ortiz writes. “Extreme violence, particularly against unarmed families and communities, was an aspect inherent in European colonialism, always with genocidal possibilities, and often with genocidal results.”

The colonists’ use of guns was brutal. Drawing on the work of the military historian John Grenier, Dunbar-Ortiz describes how early colonists practiced what came to be known as “the first way of war” or “savage war.” Unlike war between “civilized” European nation-stations, in this mode of warfare Anglo settlers organized “irregular units to brutally attack and destroy unarmed Indigenous women, children, and old people using unlimited violence in unrelenting attacks.” Settler “rangers” pursued ethnic cleansing with the single-minded goal of depopulating land that they could then claim for themselves per a legal ownership scheme (“fee simple” land titles) that was considerably more advantageous than anything available to them on the European continent. Along the way they instituted practices like scalp-bounties.

This program of acquiring territory through genocide predated the settlers’ aspirations of independence from the British Crown. In no small part it even fueled it, since the Colonial government at times sought to restrain or at least control it. When Americans did establish independence, the program found expression in the Second Amendment, as Dunbar-Ortiz writes:

Although the U.S. Constitution formally instituted “militias” as state-controlled bodies that were subsequently deployed to wage wars against Native Americans, the voluntary militias described in the Second Amendment entitled settlers, as individuals and families, with the right to combat Native Americans on their own.

Although some readers will doubtless contest it, this is a critical intervention in debates over the Second Amendment. Instead of seeing its tortured language about the militia as a kind of archaic oddity, as something that must either be “updated” or explained away, Dunbar-Ortiz instead grounds the Second Amendment in something much bigger. She puts it at the front-and-center of the history of violence in America. This history encompasses far more than just the era of early colonization and the Revolutionary War, and Dunbar-Ortiz does not flinch from taking it on its full scope.

As Loaded proceeds, Dunbar-Ortiz traces the ways in which gun ownership has been the cornerstone of America’s growth into a “militaristic-capitalistic powerhouse.” In her account, guns are the reason that white people maintained control of the social order despite nominal changes in which parties or groups might claim power. For example, Dunbar-Ortiz notes how, in parts of the South before the Revolution, a class of armed white civilians was employed by the Colonial courts to serve as “searchers,” not just to track down fugitive slaves, but to detain freed blacks besides. Distinct from the formal militia, which was preoccupied with battling Native Americans, these “searchers,” subsequently known as “patrollers,” continued their work after the overthrow of the British, deploying a variety of tactics including the creation and printing of the first Wanted ads.

After the Civil War, these groups of armed whites morphed once more, continuing to harass and terrorize emancipated black Americans, becoming either Klansmen or police (or, not infrequently, both at the same time). For these foot soldiers of white supremacy, the titles and group affiliations might change, but their roles—and the centrality of guns to those roles—remained the same. Indeed, as Dunbar-Ortiz notes, many Confederate veterans publicly associated with each other long after the war through so-called “rifle clubs,” often barely-disguised fronts for Klan activity. Granted, at times, in such a short but information-packed book, accounts of such continuities may feel schematic; but at others, they can feel revelatory, as when Dunbar-Ortiz compares “savage war” to the rampages of contemporary mass killers. Throughout, and even when uneven, her narrative is devastating.

Loaded is also a story of many individuals. The trope of “the hunter,” for example, recurs frequently in current debates over guns, even though hunting is no longer the leading reason Americans give for gun ownership. Dunbar-Ortiz traces the common image of the gun-bearing hunter to the folk-hero image of Daniel Boone, the frontiersman whose exploits in Kentucky were the stuff of legend even during his lifetime in the eighteenth and early nineteenth centuries. Yet, as Dunbar-Ortiz observes, Boone’s celebrity was largely the work of another man, John Filson, a real estate speculator who wrote under Boone’s name. He simply wanted to encourage settlers to buy claims over land that was already heavily populated by Native Americans. So much for the image of the rugged American frontiersman, gun in hand, experiencing his primordial oneness with the wilderness, so beloved by gun rights advocates.

Likewise, Dunbar-Ortiz sounds the legacy of figures like pro-slavery paramilitary leader William Quantrill. Quantrill led a band of pro-slavery “bushwhacker” guerillas who carried out violent raids against pro-abolition communities in the Kansas and Missouri territories before and during the Civil War. In one instance, Quantrill and his men attacked Lawrence, Kansas, butchering some 160 civilians, including children. Yet as time passed, and it became expedient to forget and move beyond the violence of the Civil War, Quantrill and his men, who were famous for wielding six-shooter revolvers, became integrated into fuzzy legend of “the West.” They ceased to be seen as “bloody, murdering Confederate guerillas” and became “righteous outlaws.”

William Quantrill and his men ceased to be seen as “bloody, murdering Confederate guerillas” and became “righteous outlaws.”

Some of these profiles may be richer and more-in-depth than others, but together they form a tapestry that is grim and compelling indeed. The right’s talk of preserving American greatness, Dunbar-Ortiz proposes, comes directly from this violent history. From Reagan’s race politics to Trump’s nativism, leaders on the right have articulated the principles that groups of armed American extremists practice. “White nationalists are the irregular forces—the voluntary militias—of the actually existing political-economic order,” she states, succinctly. “They are provided for in the Second Amendment.”

Among the stories Dunbar-Ortiz tells, is, fascinatingly, her own. As a Leftist activist in the 1970s, Dunbar-Ortiz participated in a “women’s study-action group” in Louisiana which was infiltrated by a government-affiliated spy, surveilled by police, and threatened by a member of the KKK. Desperate and “caught up in a current of repression and paranoia,” Dunbar-Ortiz and her comrades began to arm themselves, training with guns and eventually amassing a small arsenal. “We had fallen under the spell of guns,” she writes. “Our relationship to them had become a kind of passion that was inappropriate to our political objectives, and it ended up distorting and determining them.”

Dunbar-Ortiz eventually moved on from her phase of “gun love,” but the country has, of course, done just the opposite. Since the early ‘70s, the number of privately owned guns in American hands has nearly tripled, to well over 300 million. Meanwhile, American military forces are now deployed in some 180 countries, and our arms industry has achieved export levels and profit margins unprecedented since the end of World War II. Towards the end of Loaded, Dunbar-Ortiz presents American “gun love” as a quasi-religious phenomenon, bound up in a primal national myth of chosen-ness, victimization, and righteous violence.

It would be folly to hope that any single intellectual intervention, no matter how trenchant, could undo this template, or could reverse or slow this trajectory. And yet if we are to even imagine this possibility, we must have some sort of vocabulary to do so. As a portrait of the deepest structures of American violence, Loaded is an indispensable book.

Correction: An earlier version of this piece misstated where JR102C is on display and when Daniel Boone was alive. JR102C is at Historic Jamestowne and Daniel Boone lived in the eighteenth and nineteenth centuries.