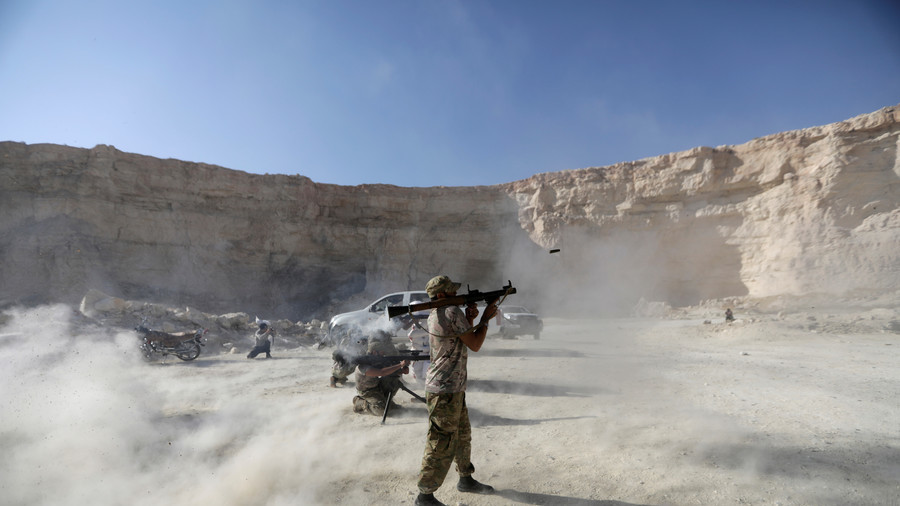 The US is hosting training camps for militant groups in Syria, including former ISIS fighters who fled from Raqqa, said the head of Russia’s General Staff, Valery Gerasimov, citing data obtained by aerial surveillance.

The US forces have effectively turned their military base near the town of al-Tanf in southeastern Syria into a terrorists’ training camp, Gerasimov said in an interview to Russia’s Komsomolskaya Pravda daily on Wednesday.

“According to satellite and other surveillance data, terrorist squads are stationed there. They are effectively training there,” Gerasimov said, when asked about what’s going on at the base.

The general also said the US has been using a refugee camp in northeast Syria, outside the town of Al-Shaddadah in Al-Hasakah province, as a training camp for the remnants of the Islamic State (IS, formerly ISIS) terrorist group, including those evacuated from Raqqa, and other militants. 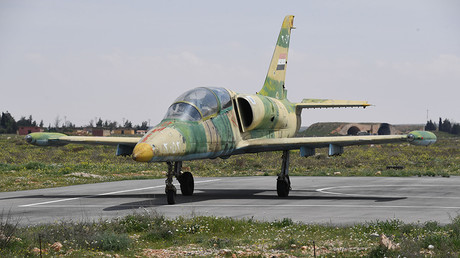 “This is essentially ISIS,” Gerasimov said. “They change their colors, take different names – the ‘New Syrian Army’ and others. They are tasked with destabilizing the situation.”

Some 400 militants left Al-Shaddadah for Al-Tanf, launching an offensive on the Syrian forces from the eastern bank of Euphrates, after the main ISIS forces were routed there, Gerasimov said.

The Al-Tanf base is located within the 55km “de-confliction” buffer zone.

At the moment, there are about 750 militants in Al-Shaddadah and 350 in Al-Tanf on the Syrian-Jordanian border, according to Gerasimov, who said the Russian military has been watching the training at the Al-Tanf base for some time.

“The most important is that we have been seeing the militants advancing from there for several months. When the control [of the Syrian forces] loosened, as many as 350 militants left the area,” Gerasimov said, noting that the nearby town of Al-Qaryatayn was under threat of being captured by the militants had the Russian forces not repelled the offensive.

“We took timely measures…they have suffered a defeat, these forces were destroyed. There were captives from these camps. It is clear that training is underway at those camps,” he added.

It’s not the first time that Russia has pointed out to Washington that militants holed up inside the buffer zone have been staging attacks on Syrian forces. In October, Russia’s Defense Ministry spokesman Igor Konashenkov called the base a 100km wide “black hole” created with US help on the Syrian border.

“Instead of the New Syrian Army, mobile ISIS groups, like a jack in the box, carry out sabotage and terrorist attacks against Syrian troops and civilians from there,” he said, noting that while the pretext for the base’s creation was “the need to conduct operations against ISIS” no information has been available to this respect during the first six months of its existence.

How Riyadh tried to orchestrate Hariri’s fall, and failed Lebanon’s Prime Minister, Saad Hariri, was summoned at 8:30 a.m. to the Saudi royal offices on the second day of a visit. There, he was handed a pre-written resignation speech and forced to read it on Saudi television. This, it seemed, was the real reason he had been beckoned to the Saudi capital, Riyadh, a day earlier: to resign under pressure and publicly blame Iran.

As bizarre as the episode was, it was just one chapter in the story of Crown Prince Mohammed bin Salman. At home, he has jailed hundreds of fellow princes and businessmen in what he casts as an anti-corruption drive. Abroad, he has waged war in Yemen and confronted Qatar. The day Mr. Hariri was ordered to report to Riyadh, he was just a pawn in the Crown Prince’s overall battle: to rein in the regional ambitions of Iran.

Mr. Hariri’s back story has been revealed in behind-the-scenes accounts from a dozen Western, Lebanese and regional officials and associates.

Prince Mohammed was looking to take out the Prime Minister of another country, one who was deemed not sufficiently obedient to his Saudi patrons. The prince intended to send a message: It was time to stop Iran’s Lebanese ally, Hezbollah from growing still stronger.

The saga was another example of a brash new leader trying to change the way Saudi Arabia has worked for years, but finding that action often results in unintended consequences. Now, Mr. Hariri remains in office with new popularity, and Hezbollah is stronger than before.

Saudi Arabia’s heavy-handed — arguably clumsy — tactics alienated even staunch allies like the United States, Kuwait, Jordan, Egypt and much of Mr. Hariri’s Lebanese Sunni party. Saudi Arabia may yet clinch some modest concessions from Lebanon, officials and analysts say, but ones perhaps not worth the diplomatic storm.

The Saudi moves that started November 4 came in rapid-fire succession. In the space of little more than a day, the Saudis extracted Mr. Hariri’s resignation; accused Iran and Lebanon of an act of war after Yemeni rebels fired a missile at Riyadh; and rounded up the princes and businessmen on opaque corruption charges.

A week later, they ordered Saudi citizens to evacuate Lebanon.

The burst of contentious actions sent war tremors across the region.

Intense diplomacy by France, the U.S., Egypt and other countries produced a deal that allowed Mr. Hariri to leave Saudi Arabia.

Riyadh did get something out of the turmoil. Lebanese officials are seeking a deal with Hezbollah that could include toning down its anti-Saudi rhetoric — as Mr. Hariri requested even before the Riyadh episode — and shuttering a pro-Houthi television station in Beirut. However, it remains unclear if Mr. Hariri can deliver enough to placate Riyadh.NY Times