The air defense media in the army deal with three attacks by the enemy of the Israeli enemy,

and several missiles hit it and hit one of its planes 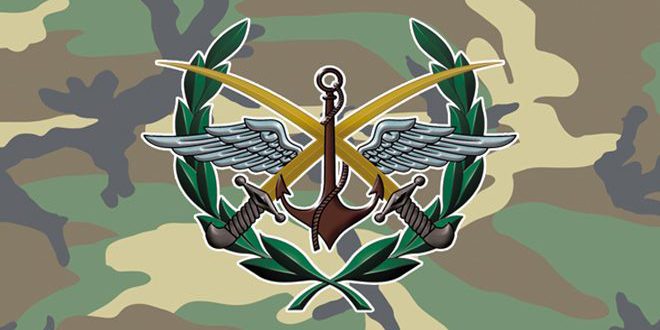 The General Command of the army and the armed forces announced that the air defense media in the Syrian Arab army confronted today three consecutive attacks by the Israeli occupation forces and dropped a number of missiles and hit one of its planes.

In a statement received by SANA, the IDF’s General Command said that at 2:40 am Israeli enemy aircraft fired several missiles from Lebanese territory towards the Qatifah area of ​​the Syrian countryside, where our air defenses intercepted and hit an aircraft.

The General Command of the Army added: At 0440 hours, the Israeli enemy repeated its aggression by firing two missiles from the occupied Golan Heights, which were intercepted and dropped by our air defenses.

The Israeli army’s air force resumed its aggression by firing four missiles from the area of ​​Tiberias in the occupied territories, where the air defense media intercepted and destroyed a missile. The rest fell near one of the military positions, resulting in material damage.

The General Command of the army pointed out that this blatant aggression reaffirms Israel’s support for armed terrorist groups and its desperate attempts to lift its morale after the painful blows it receives in the Eastern Province of Harasta and the overwhelming victories achieved by the Syrian Arab Army in Idlib.

Dozens of field and intelligence reports confirm the close connection between the Israeli enemy entity and the Takfiri terrorist organizations in Syria, where in many areas in the countryside of Damascus, Homs and Deir al-Zour, Israeli-made weapons have been found inside their dens, in addition to their direct intervention more than once to support them after heavy losses suffered by the army Syrian Arab.

The General Command renewed its warning of the serious repercussions of such acts of aggression and carried the “Israel” full responsibility for its consequences, stressing its permanent readiness to address these attacks and continue the war against terrorist organizations and the dismemberment of the arms of “Israel” terrorist and the restoration of security and stability to all the territory of the Syrian Arab Republic.

On the second of last December, the air defense media in the Israeli army attacked the Israeli occupation entity with surface-to-surface missiles at a military site in the countryside of Damascus and destroyed two missiles 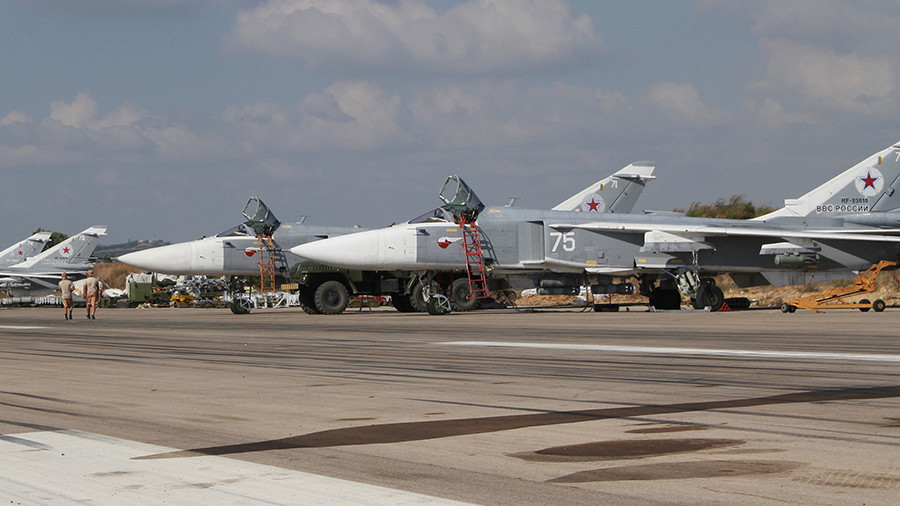 The Khmeimim airbase in Syria © Sputnik
Russian military have repelled a massive drone attack on its bases in Syria, which was carried out by militants, Moscow said.  The extremists may have been aided by a “technologically advanced state,” it added.

The militants launched their assault during the night on Saturday, the ministry said in a statement. The Russian Kheimim Airbase in the Syrian Latakia province was attacked by 10 unmanned combat aerial vehicles, while three more attempted a strike against the Russian maritime logistics base located in the city of Tartus. 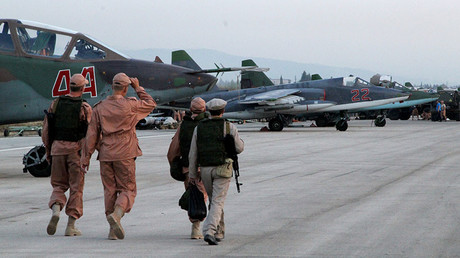 All of the drones were detected by anti-aircraft defense systems “at a considerable distance from the Russian military objects,” the ministry said. Seven of them were then successfully shot down by the Russian Panzir-S air-defense system.

The Russian radio electronic warfare specialists also managed to override the operating systems of six more drones, and eventually gained control over the UAVs. Three of them were destroyed when they hit the ground, while another three were landed intact outside the base controlled by Russian forces.

The ministry also confirmed that the attack had resulted in no casualties among Russian military personnel, and the two bases “continue to operate as normal.”

It was the “first time that terrorists massively used unmanned combat aerial vehicles of an aircraft type that were launched from a distance of more than 50 kilometers, and operated using GPS satellite navigation coordinates,” the ministry said in a statement.

The country’s specialists are now examining the seized unmanned aircraft and the recovered data has already allowed the specialists to pinpoint the exact location from which the drones were launched. The examination also showed that advanced technologies were used in the drones’ construction. They “could have been obtained only from a country possessing state-of-the-art technologies, including satellite navigation and remote control of … explosive devices [for] release at certain coordinates.”

It further added that detonators used in the militants’ Improvised Explosive Devices (IEDs) were “of foreign manufacture.” These facts indicate that the extremists were supplied with technologies allowing them to carry out terrorist attacks using UAVs in any country, the ministry warned. 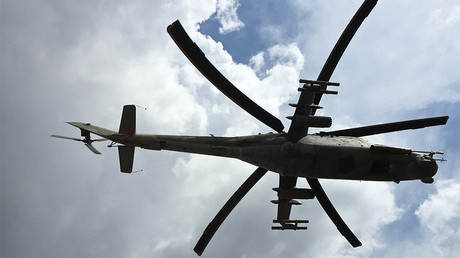 The ministry also said that the attack caused no casualties among the Russian military personnel and that the two bases “continue to operate as normal.” The incident comes about a week after the Kheimim air base was subjected to mortar shelling on December 31, 2017, an attack that claimed lives of two military personnel.

Russia has been flying sorties from Khmeimim since 2015, when its Syria anti-terrorist campaign began. The site in Tartus has been operating since the 1970s, as a small facility meant for resupplying Soviet and later Russian ships.

In 2017, Russia and Syria finalized an agreement regulating the presence of Russian troops in Syria. Khmeimim Airbase, located near Latakia, and the naval site in the port city of Tartus have both been handed over, lease-free, to Russia for 49 years, and with an option of automatic extension unless either country chooses to terminate the deal. The Russian parliament ratified the Khmeimim deal in July and the Tartus deal on Tuesday.

Last month, the Russian President Vladimir Putin ordered a partial withdrawal of Russian troops from Syria, adding that a smaller presence of the Russian forces would be required in the area following the defeat of Islamic State (IS, formerly ISIS).