[American foreign policy has proven to be a formula for using “civil war” as a weapon.  As repugnant as it seems, it is true, that our leaders have chosen a policy of fighting our wars by getting other nations and other cultures to go to war upon themselves, within their own societies, and upon their own people, to advance American goals.  Quite a trick, if you can manage it, obtaining policy through the sowing of chaos.  Money and covert coercion proved to be sufficient motivation to accomplish US goals, of blocking the flow of oil and gas which was not under Western control.  There is no more obvious example of this blatantly aggressive war policy than this report of US moving Poland to attempt the blocking of Russian gas, bound for Germany.  An act of passive-aggressive warfare, which does not quite fit the definition of “Agressive War,” as defined in the Nuremburg Trials.]

[“The pattern displayed so far is too consistent to be the result of chance, or a blundering foreign policy….
All of the wars started within the greater war (which used to be called ‘war on terror’) have blocked oil and gas which was about to be brought onto the market.”–Imperial Plan To Use Civil War As Gas and Oil Valve]

Without War To Inflate the Price, Many Anticipated Gas “Bonanzas” May Go Bust—Jun 6, 2014] 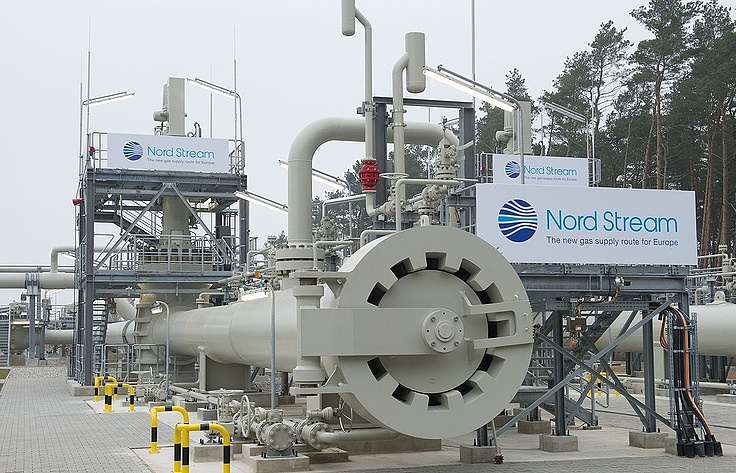 “Poland has criticized Nord Stream-2 as an instrument of political pressure,” he said.

“We shall ask the U.S. partners to support our politics in this sphere.”.

Besides, the Polish foreign minister stressed important of the U.S. participation in improvement of the republic’s energy security. “We share the view about necessary diversification of energy sources, including by importing the U.S. liquefied natural gas,” he said.

In late November, 2017, Poland’s energy company PGNiG (Polskie G·rnictwo Naftowe i Gazownictwo) signed a contract on LNG supplies from the U.S. This contract will be an alternative for buying gas from Russia, the Polish company said. The deal’s term is five years, its cost is not announced.

In December, Russia’s Natural Resources Ministry said that it had officially notified the environmental authorities of all Baltic countries that Russia had completed international procedures envisaged by the Convention on Environmental Impact Assessment within a transboundary context for the construction of the Nord Stream-2 gas pipeline.

The Nord Stream 2 pipeline is expected to come into service at the end of 2019. The pipeline is set to run from the Russian coast along the Baltic Sea bed to the German shore. Each of the pipeline’s two stretches will have a capacity of 27.5 bln cubic meters. The new pipeline that is expected to connect the Russian resource base with European customers, will double the capacity of the first line and will basically follow its route. The cost of construction of the Nord Stream-2 is estimated at 9.5 bln euros.