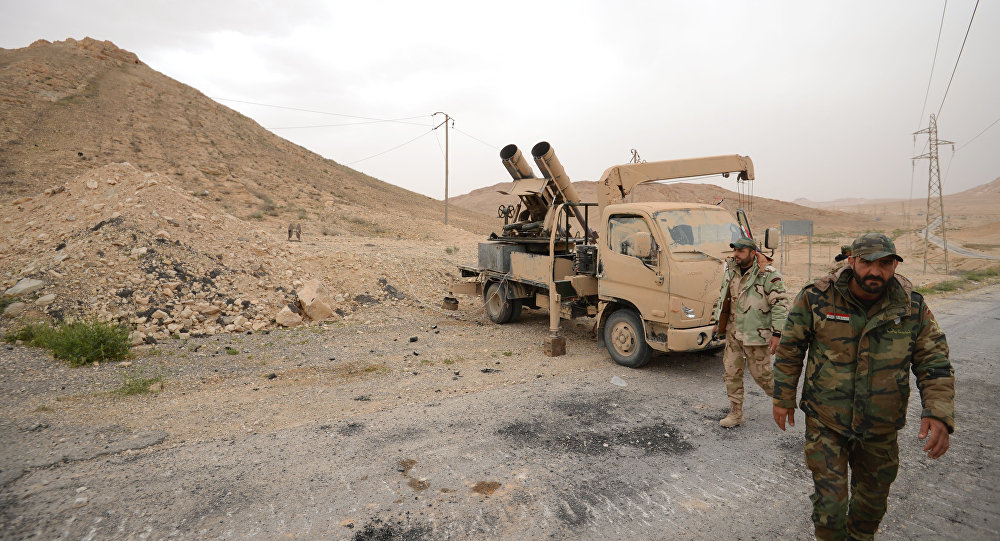 Sputnik has discussed the foreign military presence in Syria with Akram al Shalli, an expert from the Syrian Crises and Preventive Wars Office.

“Vladimir Putin’s statement during a meeting with Bashar Assad about the need to withdraw foreign contingents from Syria breaks the dreams of the aggressors, as if they could still try to accomplish their goals in the region by proxy criminal mercenaries,” Shalli told Sputnik.

Al Shalli went on to say that the Syrian army had detained hundreds of foreign intelligence officers, including from the United States, the United Kingdom, Arab states and Israel.

“For example, there are about 300 only French soldiers of different ranks. We see attempts to pressure the Syrian government to free the captive foreign soldiers. But these dreams are not destined to come true, because now the odds are in favor of the government’s forces and its allies,” he stressed.

The analyst has also touched upon the latest missile strikes by the US, France and the UK against Syria in response to the alleged use of chemical weapons by government forces in the city of Douma last month.

“Even the latest missile strike on Syria did not cause significant damage; the aggressors had reported the targets of the attack in advance. This was done so that the Western leaders could save face to their people,” the analyst said.

According to Shalli, the detention of foreign military officers gives a double advantage to the Syrian government: firstly, they failed to implement their goals, and secondly, it is an additional trump card at the negotiating table with foreign forces.

“The Syrian peace settlement directly depends on the situation on the battlefield. And now the aggressors are constantly retreating, they are unable to launch any offensive on the army’s position. Therefore, the Syrian government can set forward its terms,” the analyst concluded.

The US-led international coalition has been conducting airstrikes against Daesh* targets in Syria since 2014 without a UN mandate or authorization from the Damascus government.

The US and France have reportedly enhanced their military presence in the war-ravaged country, with Paris in turn having promised support for the Kurdish militia, pressured by Turkish forces. The Syrian government has repeatedly stated that the coalition and Turkish forces in the country are “illegitimate” and has demanded that “invading forces withdraw immediately from the Syrian lands they have occupied.” 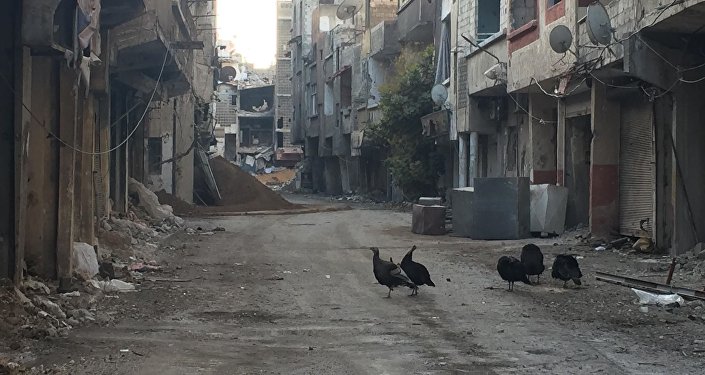 Instead, in early May, President Recep Tayyip Erdogan announced new operations to come, in addition to the Euphrates Shield, its first direct military intervention in Syria to push Daesh away from the Turkish border, as well as prevent the advance of local Kurdish groups, and Operation Olive Branch in the city of Afrin to clear Turkey’s Syrian border of Kurdish groups, which it believes are linked to the Kurdistan Workers’ Party (PKK), listed as a terrorist organization by Ankara.On May 20, the Anadolu news agency reported that French special forces had installed six artillery batteries north of the Baguz village in Deir ez-Zor privince, held by Kurdish militia in line with President Emmanuel Macron’s earlier promise to support the Syrian Kurdish units.

The United States has also repeatedly been reported to have dispatched military columns and set up new bases in Syria shortly after President Donald Trump declared that the American forces would be leaving Syria “very soon” and “let other people take care of it” instead. His remarks contradicted earlier comments made by high-ranking officials at the Pentagon and State Department, claiming that US troops would maintain an open-ended presence in Syria.