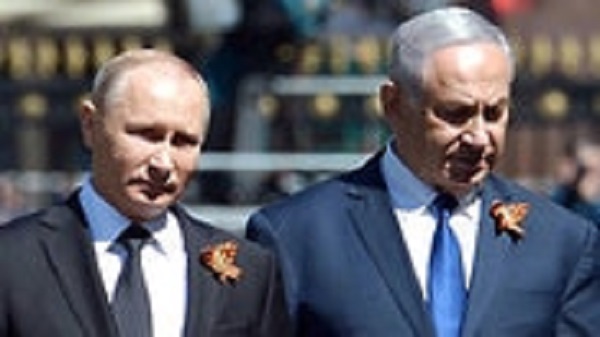 Defense Minister Lieberman’s trip to Russia intended to reach security understandings to return control of border area to Syrian army, without the presence of Iran, Hezbollah forces; while Russia iterated support for notion, PMO stresses Iran should pull out all of Syrian territory.

Itamar Eichner
Despite the security escalation on the Gaza border, Defense Minister Avigdor Lieberman embarked for Russia Wednesday, heading a defense establishment delegation in an attempt to reach an agreement to return control of southern Syria, and particularly the border with Israel, to Syrian President Bashar Assad’s forces.

Defense Minister Lieberman will be accompanied by the head of the Military Intelligence Directorate, Maj.-Gen. Tamir Hayman, among others.

Russia was said to have accepted Israel’s fundamental demand for Assad’s army to resume control of the border region without the presence of any pro-Shiite militias. 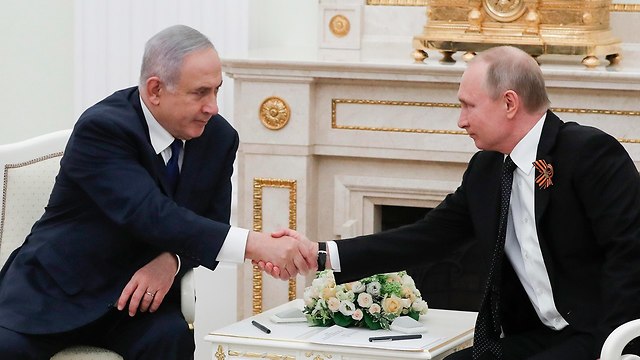 PM Netanyahu (L) and Russian President Putin. Israel was pushing for an agreement with Russia to deploy only Syrian army soldiers near the border (Photo: AP)

Lieberman will meet his Russian counterpart Sergey Shoygu Thursday, and his trip is considered an important attempt to reach understandings with the superpower on the matter, an issue that may have ramifications on ameliorating tensions along the northern front.

The need to engender such understandings in the first place was born of preparations by Assad’s army to return to southern Syria and take position along the border with Israel.

While Jerusalem consented to the army’s returned, they conditioned it on Iranian and Hezbollah forces not accompanying it. 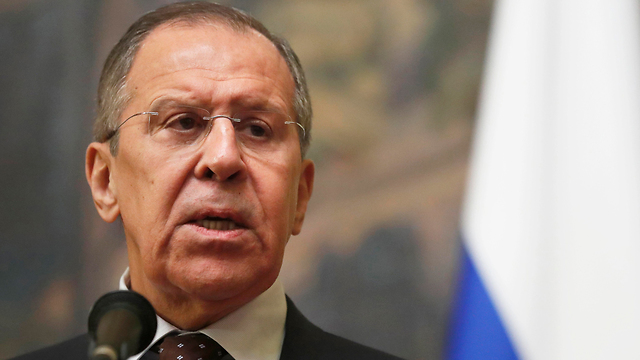 Confirmation for the nascent understandings came Monday in Russian Foreign Affairs Minister Sergey Lavrov’s statements, who explicitly stated that no foreign troops will be stationed along the Israeli border except for Syrian army soldiers.

The encouraging Russian statements notwithstanding, the Prime Minister’s Office was quick to clarify that Israel never consented to Iranian forces remaining elsewhere in Syria, and reiterated Israel’s demand for a full withdrawal of all Iranian and Hezbollah forces from the country.

“Israel is uninterested in partial agreements, rather in an exit of all Iranian forces from Syria,” a source at the Prime Minister’s Office said.