The Japanese operator ship operator of one of two oil tankers attacked near the Strait of Hormuz on Thursday said that sailors on board its vessel, the Kokuka Courageous, saw “flying objects” just before the attack, suggesting the tanker wasn’t damaged by mines.

That account contradicts what the U.S. military has said as it released a video it says shows Iranian forces removing an unexploded limpet mine from one of the two ships in the suspected attack.

Speaking at a news conference in Tokyo, Yutaka Katada, president of Kokuka Sangyo Co, said he believes the flying objects seen by the sailors could be bullets, and denied possibility of mines or torpedoes because the damages were above the ship’s waterline. He called reports of mine attack “false.”

Katada said the crew members also spotted an Iranian naval ship nearby, but did not specify whether that was before or after the attacks. The tanker survived the first attack that hit near the engine room, followed by another causing damage to the star-board side toward the back.

Meanwhile, Japan’s defense minister said the government has no intention of sending Japanese troops to respond to attacks on a Japanese-operated oil tanker in the Middle East.

All 21 Filipino crewmembers of the vessel were rescued and were now on a U.S. warship.

Takeshi Iwaya told reporters at a news conference that the situation is not considered an imminent threat to Japan.

Iwaya said Japan doesn’t think the so-called “Self-Defense Force has a necessarily role to play at this point and we don’t plan to send them to the Strait of Hormuz region in response to the attacks.” 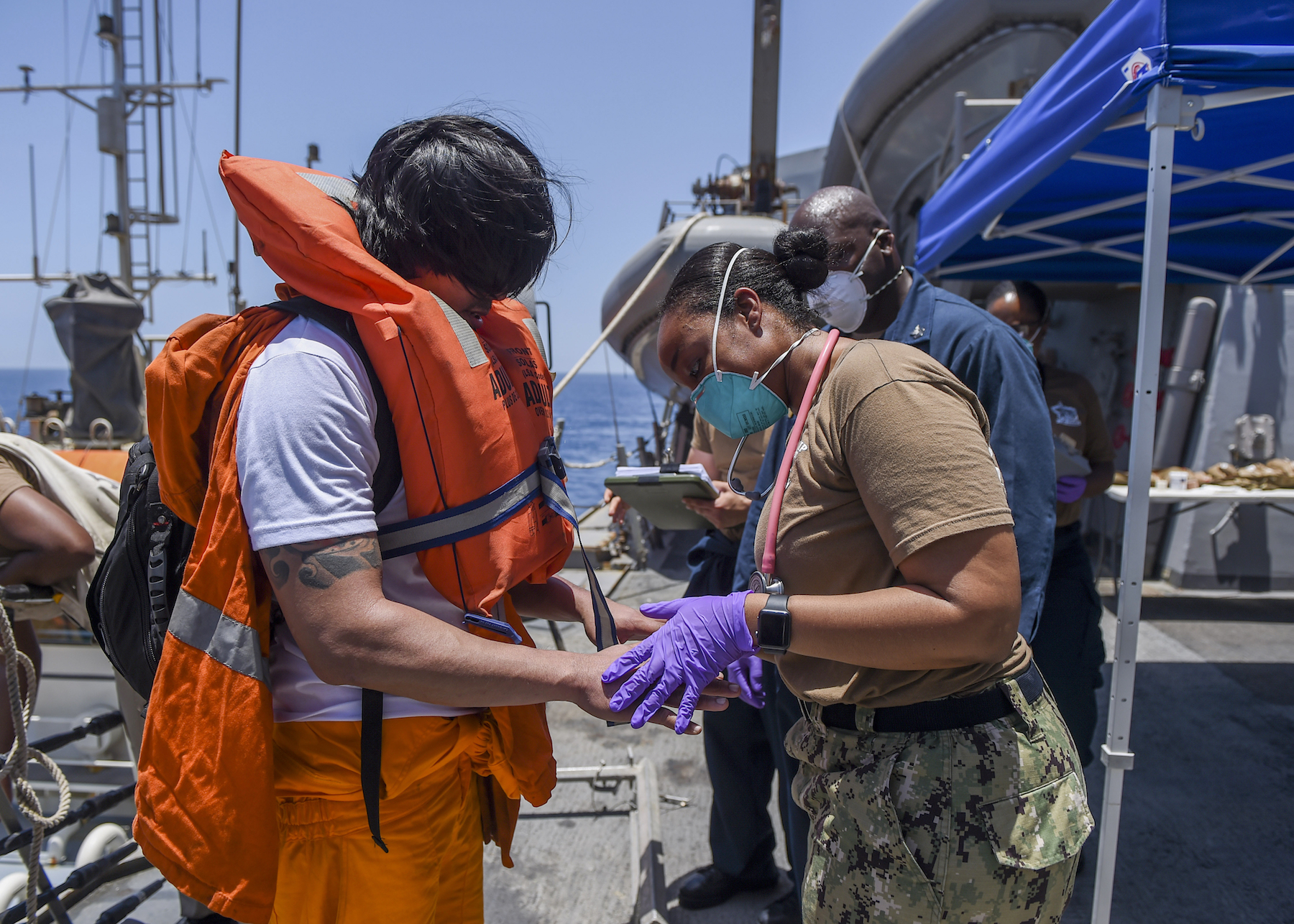 Sailors aboard the Arleigh Burke-class guided-missile destroyer USS Bainbridge render aid to the crew of the Kokuka Courageous, one of two oil tankers suspected to have been attacked in the Gulf of Oman on Thursday.  Photo: U.S. Navy via AP