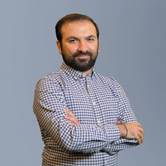 The influential cleric’s comments come as protests continue across Iraq, leading to widespread violence and fatalities.

Sadr has already withdrawn his backing for the government in the wake of the protests and has called for fresh elections. He accused Iraq’s top politicians of being under the influence of foreign powers – particularly arch rivals Iran and the United States.

In a sign of shifting political allegiances to come, Sadr held out an offer of cooperation with Hadi al-Amiri, head of the Iraqi parliament’s powerful al-Fatih bloc.

His tweet came in response to Abdul-Mahdi’s letter on Tuesday in which the Iraqi PM asked Sadr to cooperate with Amiri if he wants the PM to resign.

“I ask brother Hadi al-Amiri for cooperation in order to withdraw trust from you,” Sadr told Abdul-Mahdi in his tweet. “As we will also work on modifying the constitution and changing the Iraqi High Electoral Commission and its regulations.”

Sadr is head of the Sayirun alliance, the largest bloc in the Iraqi parliament. He is also head of the Saraya al-Salam militia, which is part of Popular Mobilization Forces (PMF) umbrella, also known as Hashd al-Shaabi in Arabic.

In his letter to Sadr, Abdul-Mahdi goaded the Sayirun leader “to meet al-Amiri and decide on forming the new government in order for me to resign”.

“I can’t go in front of the parliament and hand over my resignation to the parliament, as other steps need to be considered according to the Iraqi constitution,” he added.

In order to hold snap elections, the president of Iraq has to approve an official request from Iraqi PM to dissolve the parliament, and parliament must vote on its own dissolution, according to article 64 of the Iraqi constitution.

In yet another attempt to quell the protests, Abdul-Mahdi announced a further package of reforms on Tuesday evening concerning garbage collection, sanitation, and flood-prevention – far removed from the demands of the protesters.

At least 74 people have been killed since the protests resumed on Friday, according to the most recent figures from the Human Rights Commission.

A wave of unrest spilled over southern Iraq earlier this month as Iraqis took to the streets to demand action on unemployment, poor services, and rampant corruption. At least 157 people were killed in the first nine days of the month, according to the United Nations.

Protests resumed on Friday after the Shiite religious observance of Arbaeen – only this time the protesters are demanding is a “revolution” to sweep away the old Islamic parties.

In a statement on Tuesday, the United Nationals Assistance Mission in Iraq (UNAMI) condemned the violent repression of demonstrations.

“The special representative of the United Nations Secretary-General for Iraq, Jeanine Hennis-Plasschaert, condemns in the strongest terms the rising number of deaths and injuries during the demonstrations engulfing many parts of Iraq,” UNAMI said.

Hennis-Plasschaert reminded the Iraqi government that “violence is never the answer” and that “national dialogue is urgently needed to find prompt and meaningful response”.

The UNAMI statement comes after a bloody night in the holy Shiite city of Karbala on Monday, as security forces used live ammunition to disperse protesters, killing dozens and wounding hundreds.

According to the Iraqi High Commission for Human Rights, at least one protester was killed and around 190 wounded.

“One protester died, while 142 security members and 50 protesters wounded in Karbala province on Monday night,” the statement reads. “While 140 protesters detained, but 80 of the detainees released and 60 remained in custody.”

The Associated Press put the figure at 18 killed and hundreds wounded.

Ali al-Bayati, a member of Iraq’s Independent High Human Rights Commission, published an open letter to Iraqi President Barham Salah on Monday claiming a war had broken out in Karbala.

“To his Excellency the President, the guardian of the constitution and the people, you stated today that Iraq will not accept a war between America and Iran. Do you realize that there is a war on our Iraqi soil, not somewhere else, and between its children? It happened in Karbala,” Bayati said in a Facebook post.

He embedded a video appearing to depict masked men, wearing vests and helmets, beating a man in an alley.

Despite the violent response of security forces, the protests are ongoing in several provinces of Iraq.