[SEE: Over a hundred take part in anti-war protest in Pittsburgh before fight breaks out]

A peaceful anti-war protest was interrupted in Pittsburgh on Saturday when Zionists assaulted fellow anti-war protesters for daring to criticize Israel and wealthy American Jews for their role in instigating war with Iran.

The scuffle was heavily covered in the local media, and reported nationally. The Twitter video below of the standoff has received over 1 million views at the time of this writing.

A bunch of Nazis just tried to invade anti-war rally and got a classic yinzer anti-fa boot.

On Saturday, over one hundred activists assembled in the Oakland section of Pittsburgh, in front of the Cathedral of Learning, to protest the United States’ assassination of Iranian General Qasem Soleimani, demanding America not start another war. A small contingent carried signs calling out the role of Zionists in America and abroad for pushing incessant wars in the Middle-East which benefit nobody but Israel. 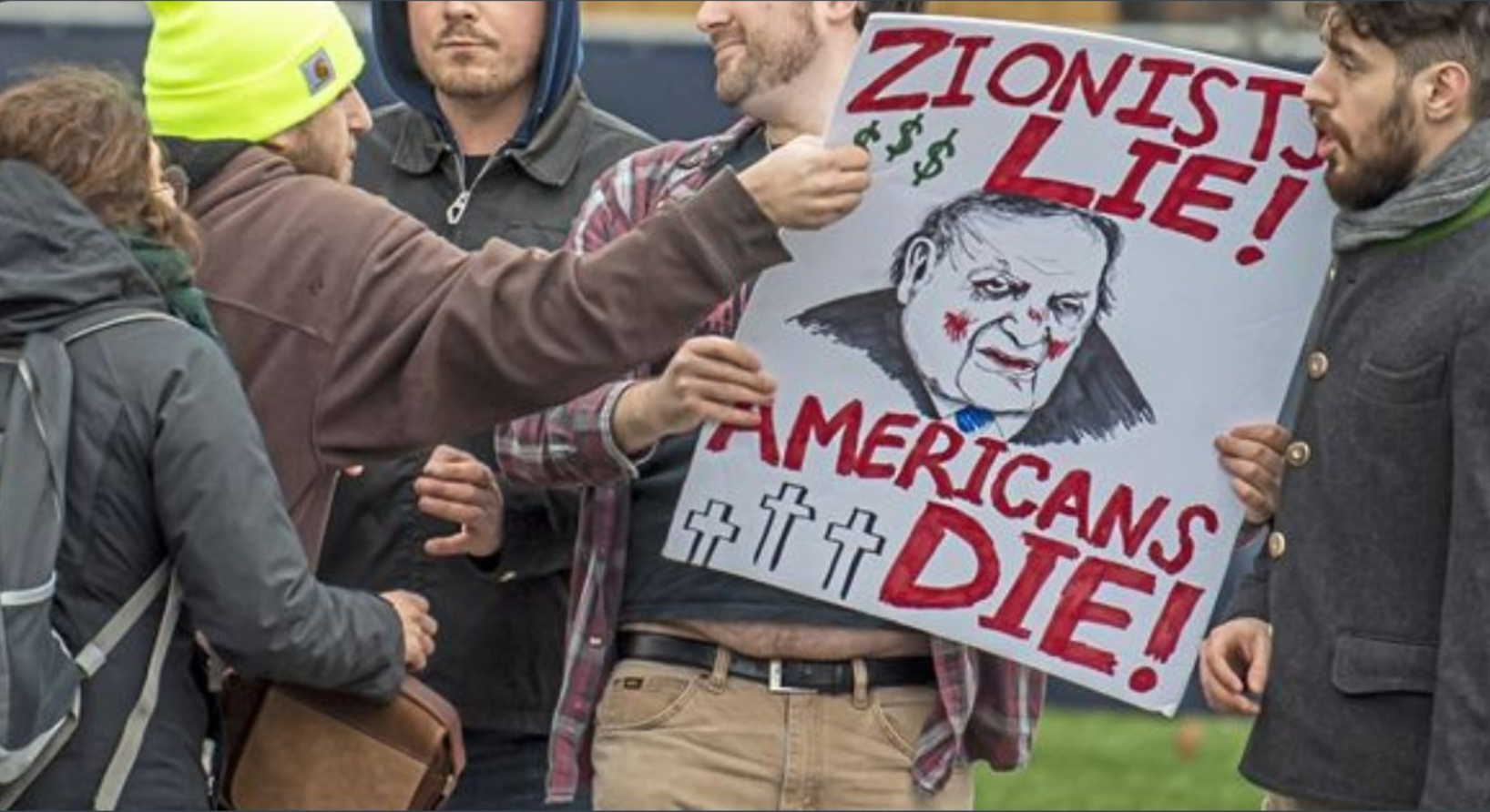 The confrontation was provoked by signs the anti-Zionists held which read “Zionists Lie – Americans Die” and “Deport Kushner,” with caricatures of the notoriously corrupt Zionist oligarch, casino magnate Sheldon Adelson, worth $27 billion. and Jared Kushner, Trump’s Zionist son-in-law who is given free rein to push pro-Israel foreign policy in the Trump administration.

Adelson has contributed $10s of millions to Trump’s election campaigns in 2016 and 2020, and is by far Trump’s single largest financial backer. It is widely known that Adelson dictates to Trump what policies he must follow in the Middle East, and that John Bolton was installed at Adelson’s insistence. Adelson has financed Bolton’s career since the Iraq war. Bolton is known in Washington as ‘Adelson’s boy’. 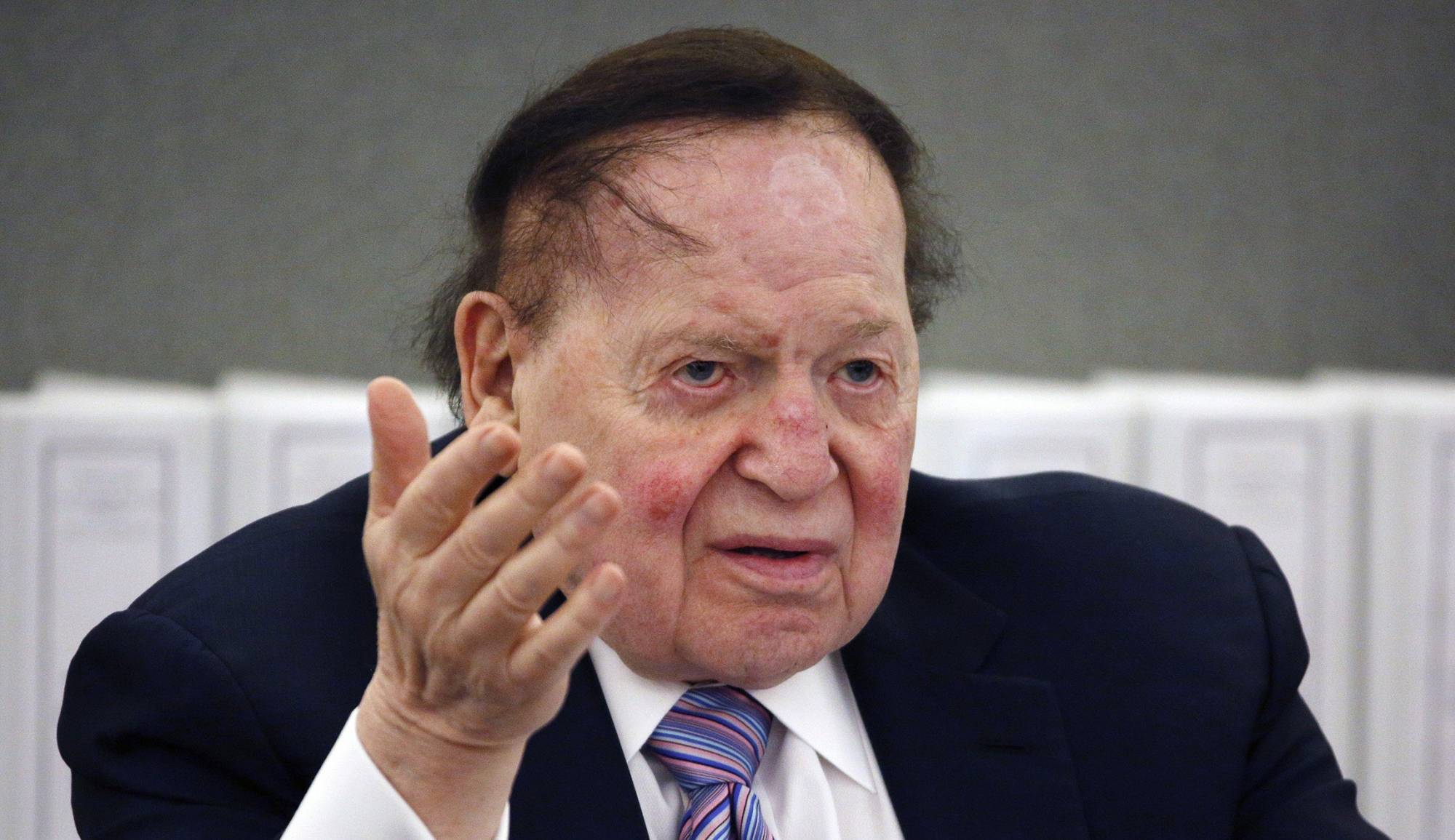 Sheldon Adelson – sometimes a picture is worth 1000 words 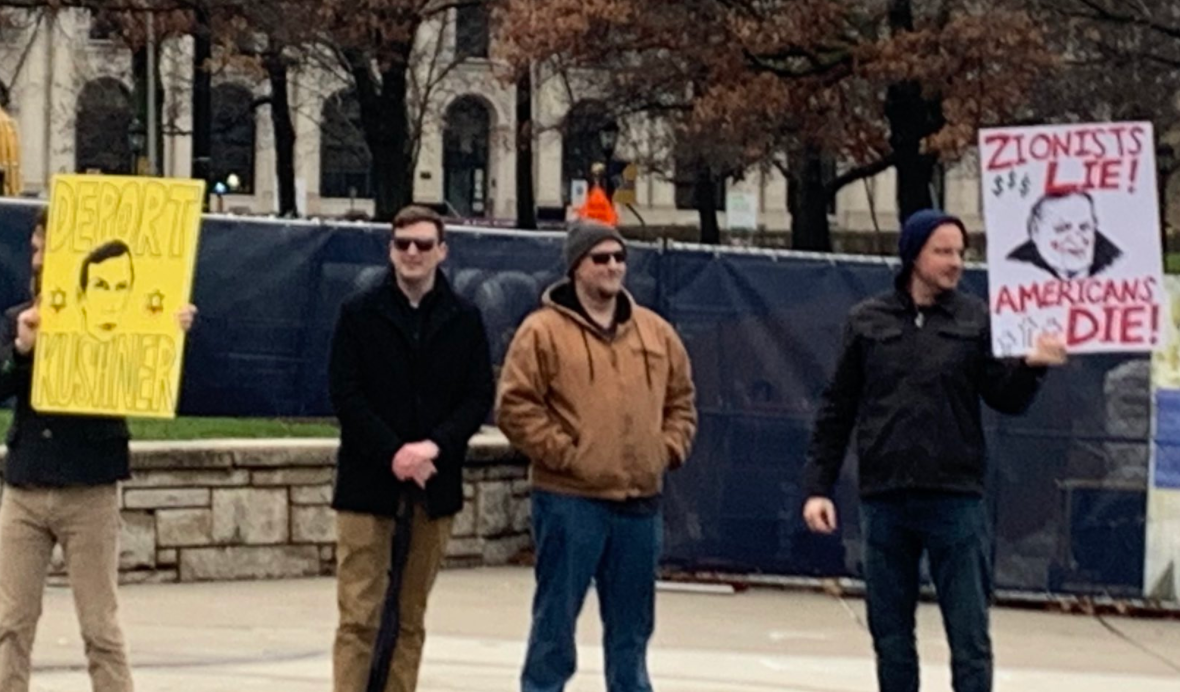 Comments on the tweet of the signs tended to sympathize with the anti-Zionists, with many agreeing with the obvious truth that Israel and Jewish financial ‘donations’ to American politicians are behind the Middle East wars. 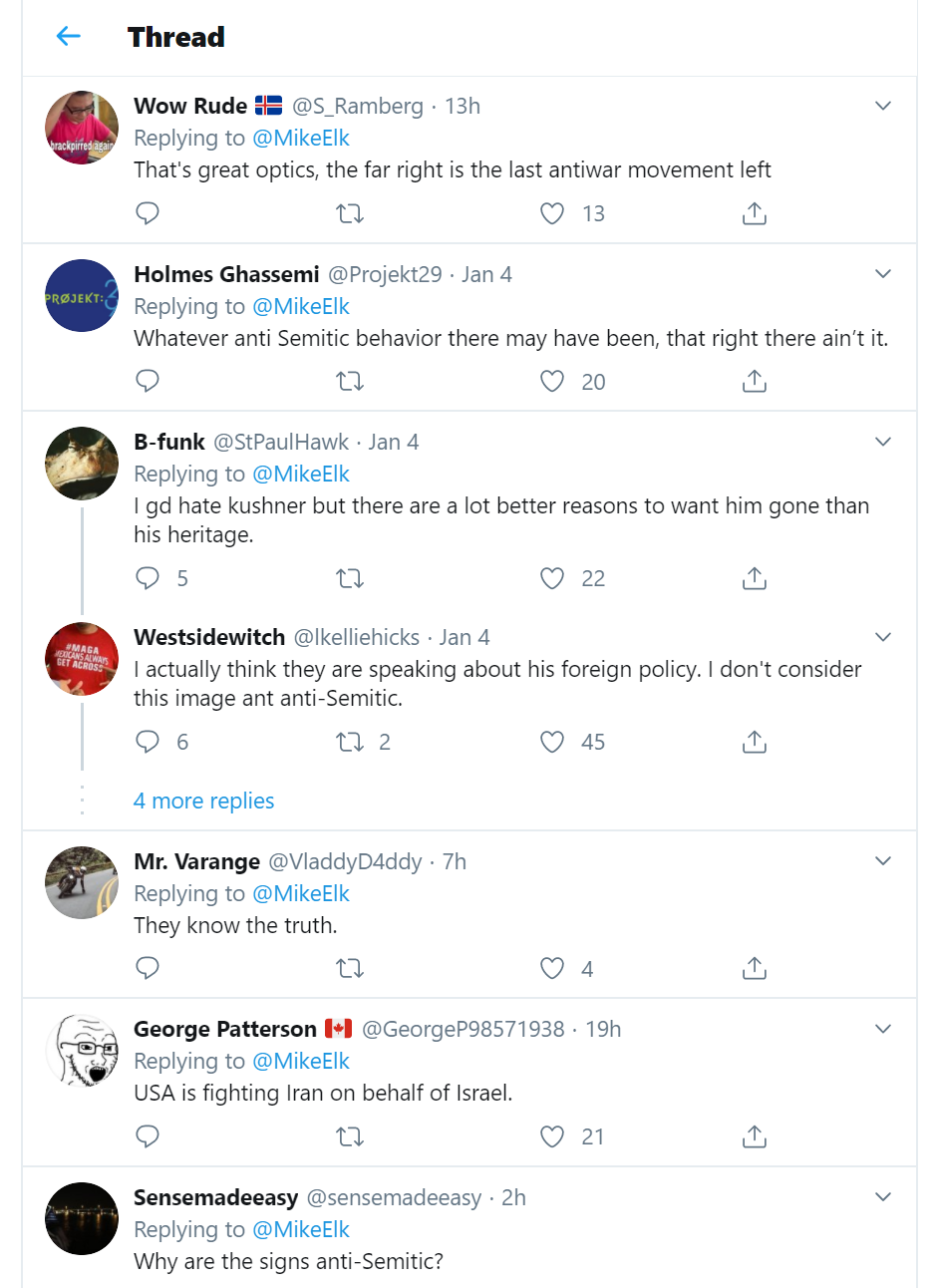 One anti-Zionist protester recorded the scene as their signs were ripped from their hands and torn apart, before being surrounded and physically pushed out by the mob as it chanted: “Nazis out!” 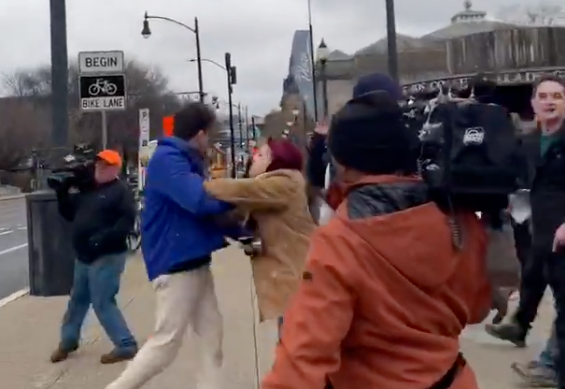 The demonstrators criticizing Israel were shoved off the square. Cameramen from local TV affiliates filmed it all, but the footage was not included in the evening broadcasts. 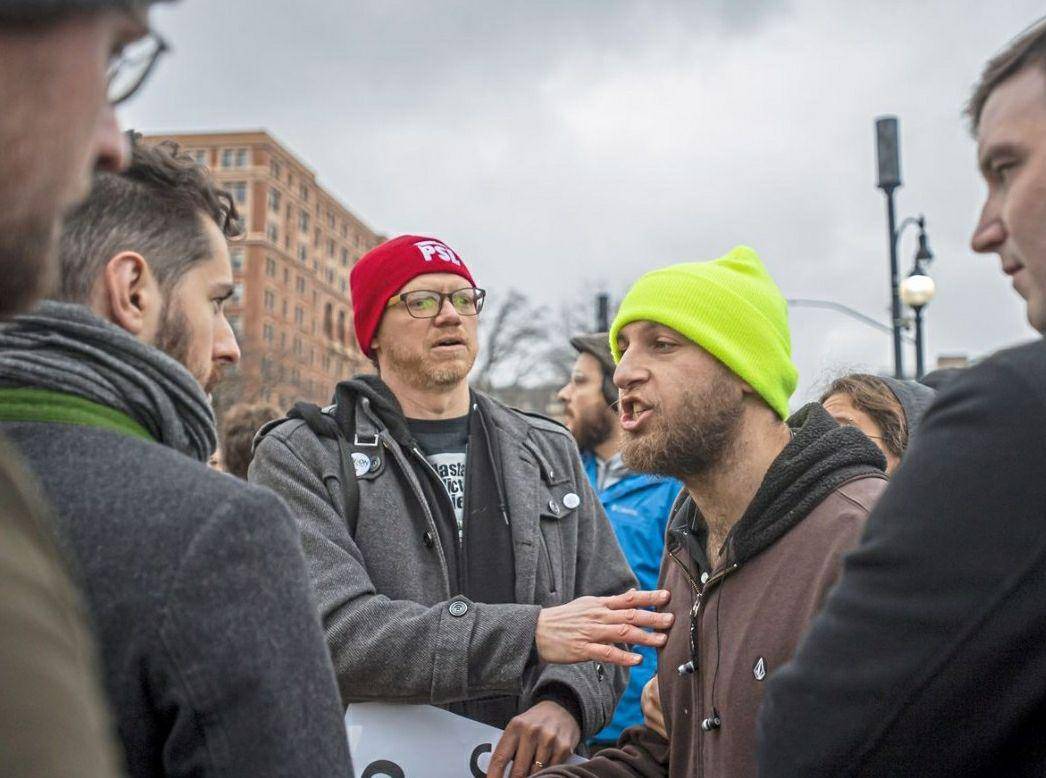 One of the Jewish demonstrators who assaulted the anti-Zionists

At no point during the confrontation did the anti-Zionists display any act of aggression or violence.

Here is a TV report from a local Pittsburgh station. 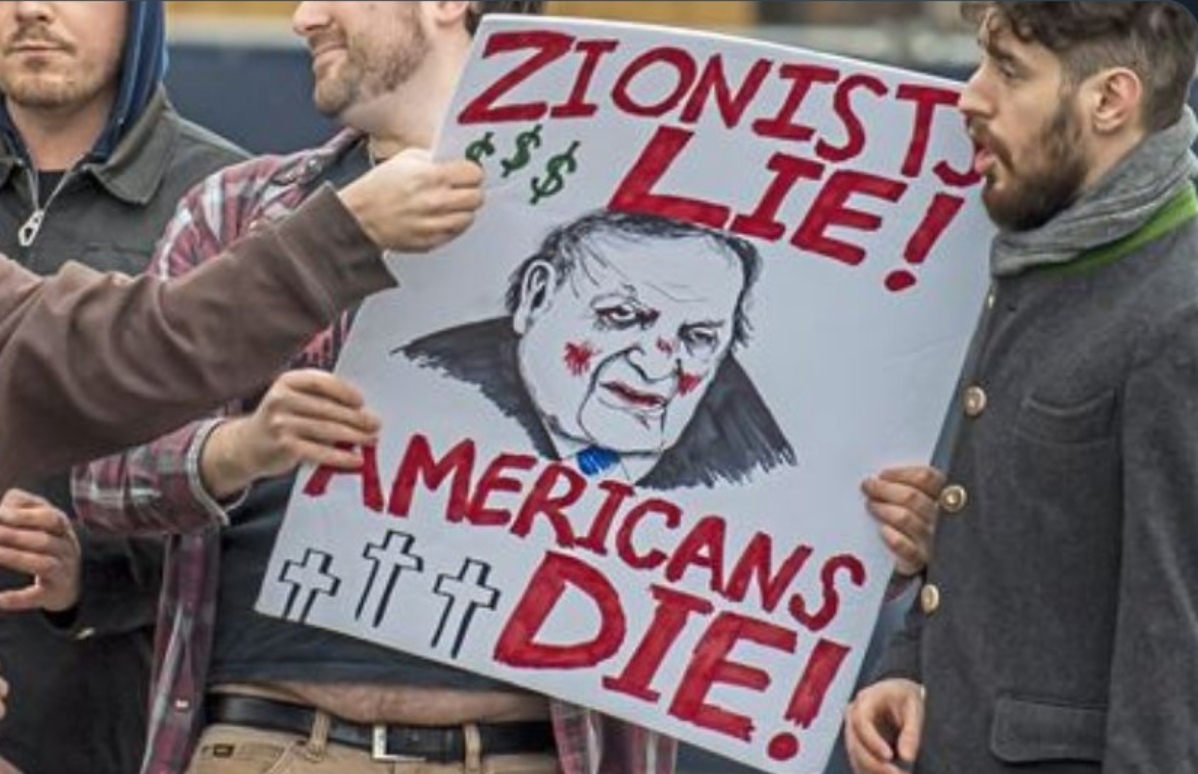