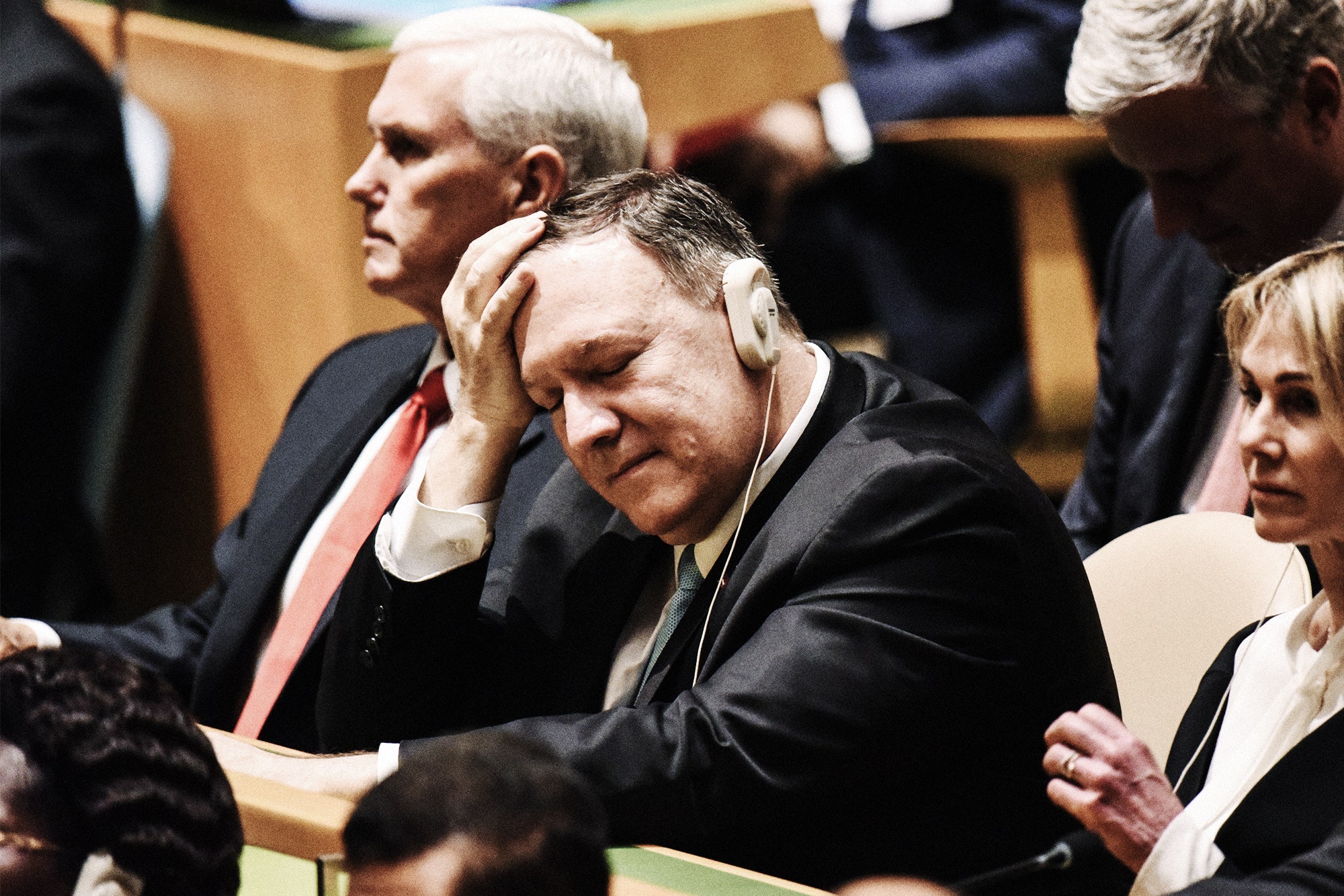 U.S. Legal Defense of the Soleimani Strike at the United Nations: A Critical Assessment

On January 8, 2020, the United States reported to the United Nations Security Council that it had taken measures in the exercise of its inherent right of self-defense in accordance with Article 51 of the United Nations Charter. These measures “include” the January 2 drone strike that killed Qassem Soleimani, commander of a branch of Iran’s armed forces, as well as several members of Kata’ib Hezbollah, formally part of Iraq’s armed forces. The U.S. letter is legally flawed in many respects. I will try to identify its main flaws. No doubt, I will overlook some.

Instead, the letter says

Almost every assertion in this paragraph involves a legal or factual error.

International law prohibits the use of armed force except to repel an ongoing armed attack or (perhaps) to halt an imminent armed attack. The phrase “escalating series of armed attacks” essentially concedes that the U.S. was not facing one ongoing armed attack that was, if you will, arriving in waves. Since the incidents occurred “over recent months,” including two incidents last summer, perhaps this concession was unavoidable. In any event, the letter treats each incident as a discrete armed attack. The phrase “in response to” suggests what the letter’s factual narrative confirms: that the last incident in this series was over when the U.S. decided to strike. Since the letter does not allege that further attacks were imminent, this dooms the United States’ legal case.

Put another way, an ongoing series of attacks is not an ongoing attack or an imminent attack. If one attack is clearly over, then the legal “clock” resets. If no further attack is imminent, then there is nothing to lawfully defend against. This is the time for negotiation, Security Council intervention, and military preparation. This is not the time for armed force.

Some readers may find existing law overly restrictive. If one State repeatedly attacks another, the victim State may be unsure whether or when another attack may come and unsure what measures are necessary to prevent it. Since this uncertainty is created by the unlawful actions of the aggressor State, some readers may think the legal requirements of self-defense—certainty, imminence, necessity, proportionality—should be interpreted broadly, in favor of the victim State and against the aggressor State. We need not settle this normative question here, because the U.S. strike occurred in a third State—Iraq. The letter does not allege that Iraq is responsible for any unlawful attack or other unlawful action that might forfeit or otherwise compromise its legal rights. Accordingly, only clear evidence of an ongoing or imminent armed attack by Iran could justify the use of armed force in Iraq.

In fact, none of the incidents described trigger a legal right to use armed force against Iran.

The “threat to the amphibious ship USS BOXER on July 18, 2019, while the ship was conducting a planned inbound transit of the Strait of Hormuz by an Iranian unmanned aerial system,” was just that—a threat, not an armed attack.

The “armed attack on June 19, 2019, by an Iranian surface-to-air missile on an unmanned U.S. Navy MQ-4 surveillance aircraft on a routine surveillance mission monitoring the Strait of Hormuz in international airspace” was not an armed attack. Following the International Court of Justice, “it will be necessary to distinguish the most grave forms of the use of force (those constituting an armed attack) from other less grave forms.”

The United States has long held an opposing view: that any use of armed force constitutes an armed attack. The U.S. view is an extreme outlier and wrong. The U.N. Charter uses different terms—use of force, armed attack—and these terms carry different meanings. If shooting at a drone (that Iran alleges unlawfully crossed into its territory) triggered the United States’ right of self-defense, then such a minor incident might justify deadly and destructive strikes to defend the drone. Indeed, under the prevailing view of proportionate self-defense, the United States would be permitted to use as much force as necessary to defend the drone, even if that means lethal strikes against command and control centers deep inside Iran. This result, like the U.S. view that entails it, is absurd.

The letter alleges that Iran is responsible for “attacks on commercial vessels off the port of Fujairah and in the Gulf of Oman that threaten freedom of navigation and the security of international commerce, and missile and unmanned aircraft attacks on the territory of Saudi Arabia.” Even assuming Iranian responsibility, none of the countries concerned have requested the United States to use force on their behalf. These incidents contribute nothing to a U.S. claim of self-defense, either individual or collective. The letter claims that these actions “endangered international peace and security.” Maintaining international peace and security is the responsibility of the Security Council, not a legal basis for unilateral armed force.

The letter states that “Qods Force-backed militia groups in Iraq, including Kata’ib Hizballah, have conducted a series of indirect fire attacks targeting bases where U.S. forces in Iraq are located. On December 27, 2019, one such attack resulted in the death of a U.S. Government contractor and injury to four U.S. servicemembers . . . .” These incidents would likely justify “on-the-spot reactions” by U.S. forces under fire. These incidents would not justify the use of force against Iran, for reasons described below.

Finally, the letter states that “Kata’ib Hizballah and other Qods Force-backed militias then participated in an attack on the United States Embassy in Baghdad on December 31, 2019, which resulted in significant damage to Embassy property.” This incident also lacked the military character and gravity to constitute an armed attack. But let us turn to a deeper and broader problem.

[2] “by the Islamic Republic of Iran and Iran-supported militias”

Only armed attacks attributable to Iran could trigger the U.S. right of self-defense against Iran. Attacks by militias are not attributable to Iran based solely on Iran’s “support” for them. Attacks by militias are attributable to Iran only if those attacks are conducted on Iran’s instructions or under Iran’s direction or effective control. (For more on this, see Oona Hathaway, “Bolton’s Stated Predicate for War With Iran Doesn’t Work.”) Again, following the International Court of Justice, “assistance to rebels in the form of the provision of weapons or logistical or other support” does not constitute an armed attack. The letter does not allege that Iran instructed, directed, or controlled any of the militia actions described, let alone prove it.

The letter identifies one armed attack by Iran, namely Iran’s January 7 reprisal, taken in response to the U.S. strike on January 2. No more needs to be said about that.

Armed reprisals are prohibited under international law (see here, here, and here). This passage essentially admits that the U.S. strike was a reprisal, responding to past incidents in order to deter (possible though not imminent) future incidents. This is not a legal defense. This is a confession.

To repeat, the U.S. may use armed force against Iran only to halt or repel armed attacks attributable to Iran. It follows that the U.S. may not use armed force against Iran to degrade the abilities of militias that Iran merely supports but whose operations Iran does not instruct, direct, or control. Since the letter does not allege that armed attacks by Iran were imminent, there was no legal basis for using armed force to degrade Iran’s ability to conduct attacks itself.

One thought on “U.S. Legal Defense of the Soleimani Strike at the United Nations–failure to communicate”