Plan Colombia not over

By KEITH GRIFFITH and RACHEL SHARP FOR DAILYMAIL.COM and ROSS IBBETSON FOR MAILONLINE and WIRES

Haitian police now say that two US citizens are among 17 alleged ‘foreign mercenaries’ who have been arrested in the assassination of President Jovenel Moïse.

James Solages, 35, and Joseph Vincent, both US citizens of Haitian descent, were arrested along with 15 Colombian nationals over Wednesday’s brazen raid on Moïse’s mansion in the hills above Port-au-Prince, according to Haitian police.

Solanges, who lives in Fort Lauderdale, is the president of a charity based in south Florida and claims to be a former bodyguard at Canada’s embassy in Haiti. Vincent lives in the Miami area. Both men were born in Haiti, officials said.

After earlier claiming seven suspects were killed, Léon Charles, chief of Haiti’s National Police, now claims that only three other suspects were killed by police, saying eight others are on the run and identifying all of the dead and at-large suspects as Colombian.

‘Foreigners came to our country to kill the president,’ Charles said. ‘There were … 26 Colombians, identified by their passports … and two Haitian Americans as well.’

‘We are going to bring them to justice,’ he said as the 17 suspects sat handcuffed on the floor during a press conference on Thursday night, where a variety of weapons and Colombian passports were arrayed on a table.

The U.S. State Department said it was aware of reports that Haitian Americans were in custody but could not confirm or comment.

Haitian authorities have still not revealed a motive for the killing, what evidence led them to the suspects, or who they believe masterminded the plot — and skepticism is growing among the Haitian public over the government’s account of the assassination.

Meanwhile, Interim President Claude Joseph tightened his grip on sole power in Haiti, despite the lack of legal framework for succession and a dispute with his replacement, whom Moïse named just a day before his assassination. 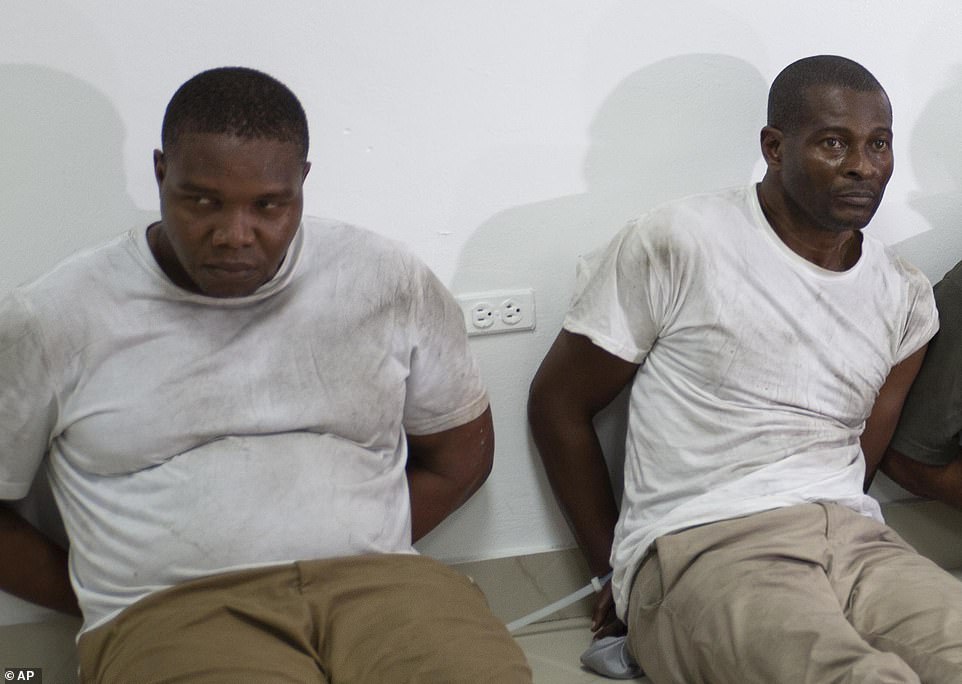 James Solages, 35, (left) and Joseph Vincent (right) are both US citizens of Haitian descent, and were arrested along with 15 Colombian nationals over Wednesday’s brazen assassination of President Moïse’s mansion in the hills above Port-au-Prince 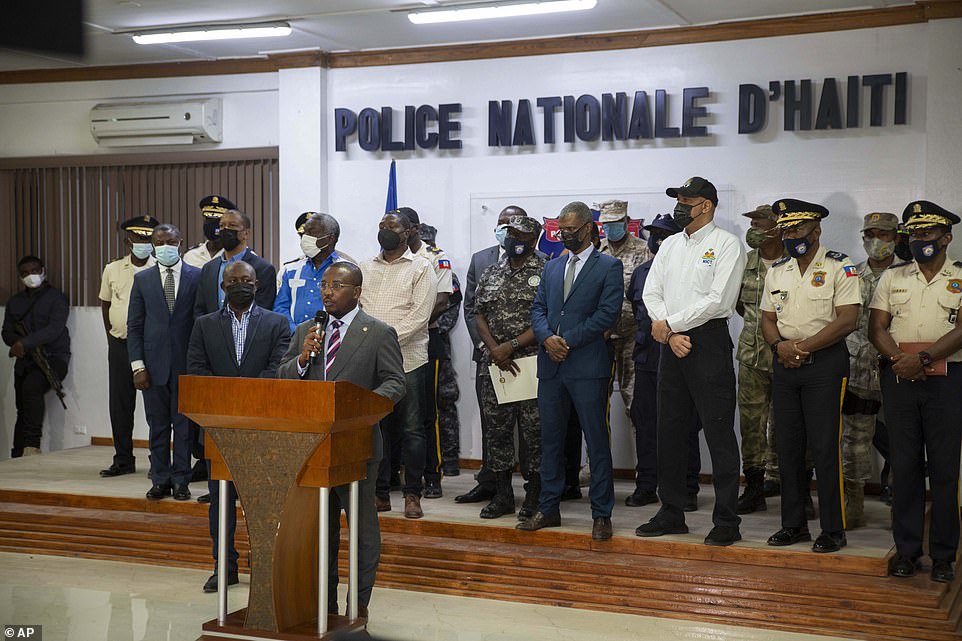 Interim President Claude Joseph, center, speaks to journalists during a press conference to show the captured suspects. Joseph tightened his grip on sole power in Haiti Thursday, despite the lack of legal framework for succession 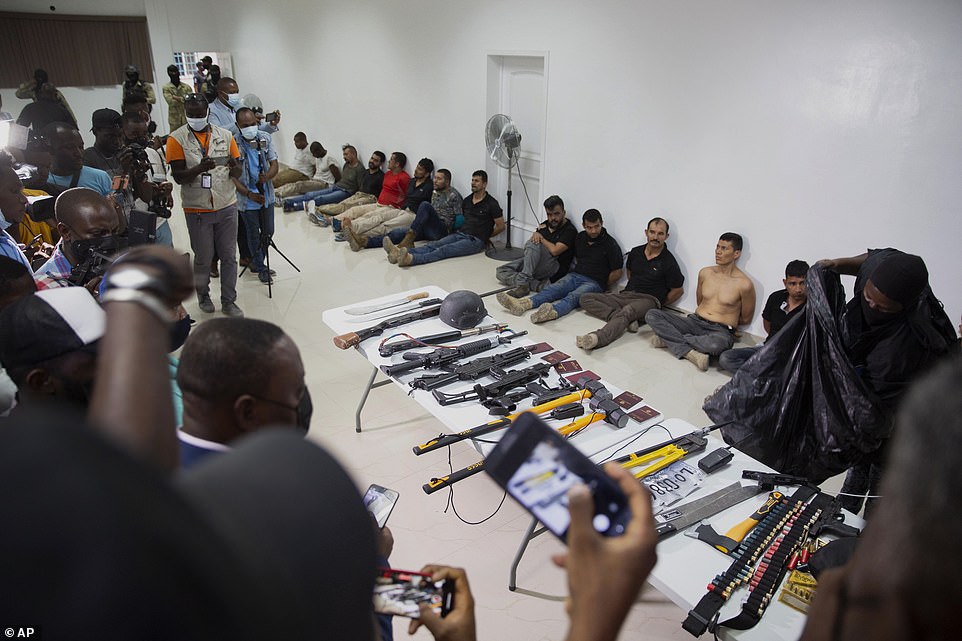 Police lined up the 17 assassination suspects, including two American citizens and 15 Columbians, behind a table displaying an array of firearms, machetes, sledgehammers and several Colombian passports 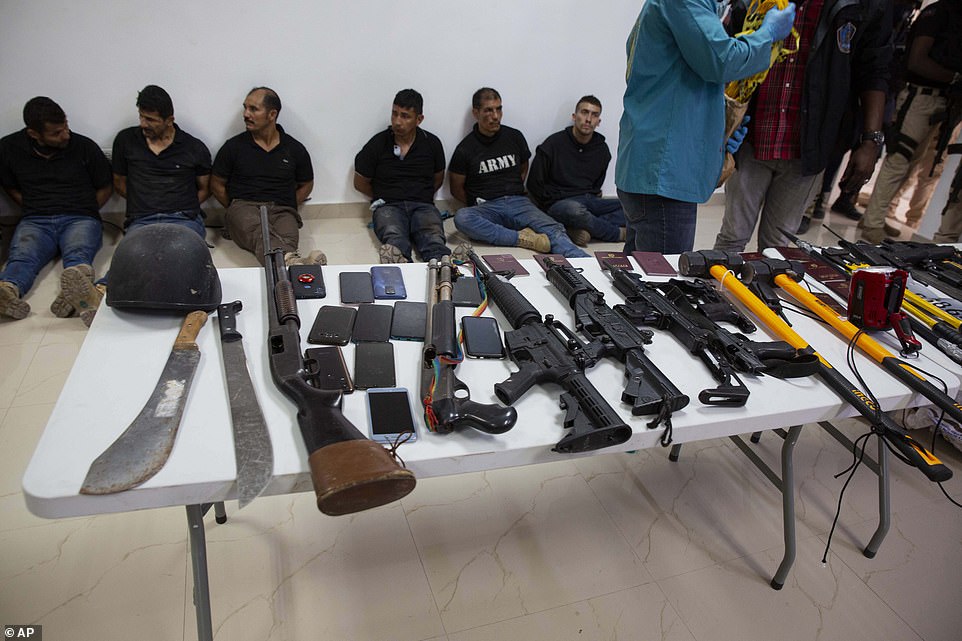 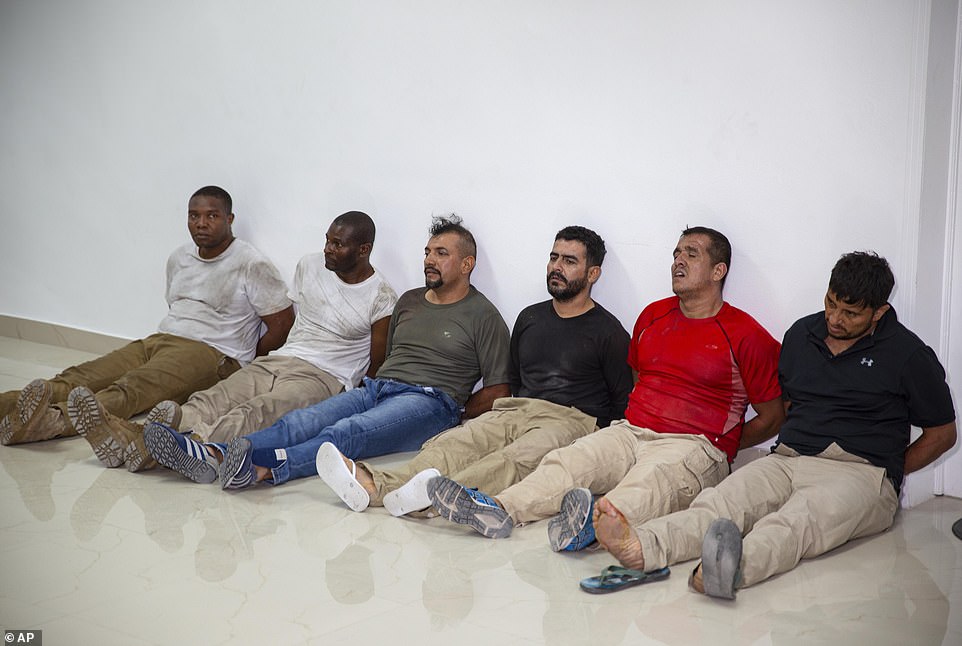