[They are having a hard time scaring the sheep with this Omicron Perseid variety, since it is so mild, resistant to vaccine and supposedly no one is dying from it yet…if it gives you the antibodies, then that sounds like a good way to innoculate the masses without more shots, kinda like when Moms get their kids chicken pox.]

A technician at the African Health Research Institute in Durban, South Africa, where the study was carried out. Photo: Bloomberg

Infection with the Omicron coronavirus variant can also strengthen immunity against the earlier Delta strain, reducing the risk of severe disease, according to a paper released by South African scientists.

While Omicron has been shown to be highly transmissible and can evade some antibodies, after two weeks of getting symptoms, immunity to subsequent infections from the strain rose 14-fold, according to the authors led by Alex Sigal and Khadija Khan of the Durban, South Africa-based Africa Health Research Institute. A smaller improvement was found against Delta, they said.

“If we are lucky, Omicron is less pathogenic, and this immunity will help push Delta out,” said Sigal, who has previously found a two-dose course of Pfizer Inc and BioNTech SE’s Covid-19 shot as well as a previous infection may give stronger protection against Omicron.

The latest findings suggest the likelihood of someone infected with Omicron being reinfected by Delta is limited, reducing the presence of the latter strain. Omicron is the dominant variant in South Africa’s fourth wave of infections, delivering record case numbers, and is fast becoming the dominant strain globally. 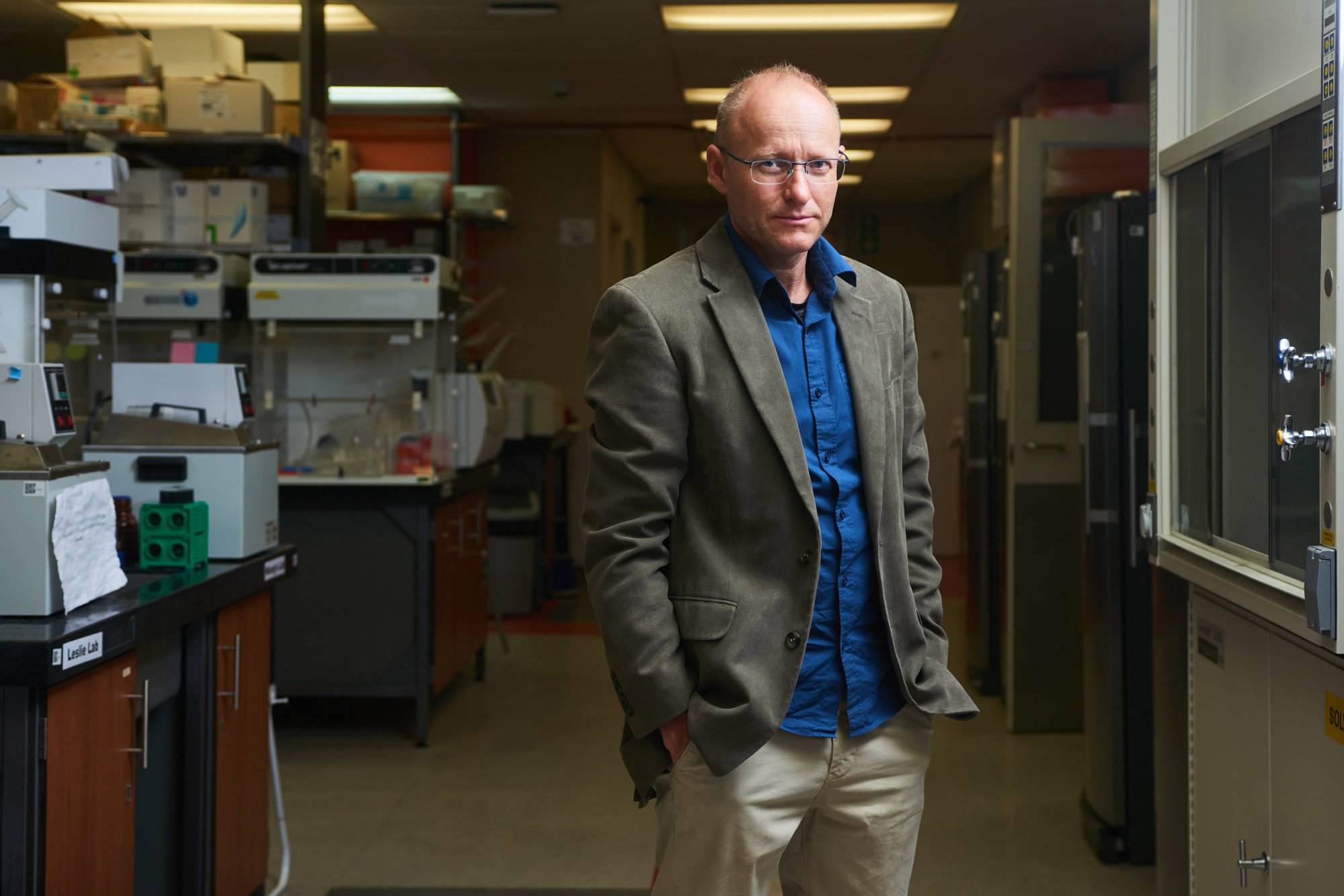 Delta ripped through the country in July and August, leading to record hospitalisation figures. Omicron has not yet had such an impact on health services.

The study is based on 15 participants, of which two were excluded as they did not detectably neutralise Omicron, and the data are being submitted to MedRxiv, a preprint medical publication. It has not been peer reviewed.

Since the participants had probably suffered previous Covid-19 infections and were largely vaccinated, it’s not clear if the results show the impact on Delta by Omicron-elicited antibodies or the activation of antibodies, the authors said.

The WHO warned Tuesday that the Omicron coronavirus variant could lead to overwhelmed health care systems even though early studies suggest it leads to milder disease, as Germany and China brought back tough restrictions to stamp out new infection surges.

China put hundreds of thousands more people under lockdown, while infections hit new highs in multiple US states and European countries. The United States has halved the isolation period for asymptomatic cases to try and blunt the disruption, while France has ordered firms to have employees work from home at least three days a week.

Despite facing a much smaller outbreak compared with global virus hotspots, China has not relaxed its “zero Covid” strategy, imposing stay-at-home orders in many parts of the city of Yan’an. The hundreds of thousands of affected residents there joined the 13 million people in the city of Xi’an, who entered a sixth day of home confinement as China battled its highest daily case numbers in 21 months.

The WHO warned against complacency even though preliminary findings suggest that Omicron could lead to milder disease.

“A rapid growth of Omicron … even if combined with a slightly milder disease, will still result in large numbers of hospitalisations, particularly among unvaccinated groups, and cause widespread disruption to health systems and other critical services,” warned WHO Europe’s Covid Incident Manager Catherine Smallwood.

To hold back the tide, European nations brought back curbs with painful economic and social consequences. Facing record-high infections, France stopped short of issuing a stay-at-home order but called on employers to make staff work from home three days a week where possible.

Sweden and Finland required negative tests for incoming non-resident travellers from Tuesday, a day after Denmark – which currently has the world’s highest rate of infection per capita – applied the same measure.

Beyond social strife, the pandemic has been punishing economically, in particular for sectors like travel.

Some 11,500 flights have been scrapped worldwide since Friday, and tens of thousands more delayed, during one of the year’s busiest travel periods. Multiple airlines have blamed staffing shortages caused by spikes of Omicron cases.

In an effort to prevent mass labour shortages during the surge, the US Centres for Disease Control and Prevention on Monday cut the isolation period for asymptomatic cases from 10 to five days.

The US is the nation hit hardest by the pandemic, and is closing in on its daily high of 250,000 cases recorded last January.

Brazil has emerged as a surprise winner in the vaccination race, despite patchy health services and lower income levels than in Europe or the United States.

South America is now the most vaccinated region in the world, with 63.3 per cent of the population fully inoculated, according to the Our World in Data project, which collects official numbers from governments worldwide.

Europe comes in second with 60.7 per cent. In Africa, just 8.8 per cent of the population has completed a full vaccination regimen.

Infection and death rates have plummeted compared to the middle of the year when Latin America and the Caribbean accounted for almost half of global deaths and infections. Now it is Europe where – due to the spread of the Omicron variant – contagion is rebounding.

In some major cities, including Rio de Janeiro and Sao Paulo, over 99 per cent of the adult population has received at least one dose, authorities say. Brazilians commonly claim with pride that the nation has a “cultura de vacinacao,” or “vaccine culture.”

The same can be said for several other nations in the region, which have previously launched expansive inoculation campaigns after traumatic infectious disease outbreaks in recent decades.

The region, however, is far from out of the woods, particularly as the Omicron variant spreads across the globe. 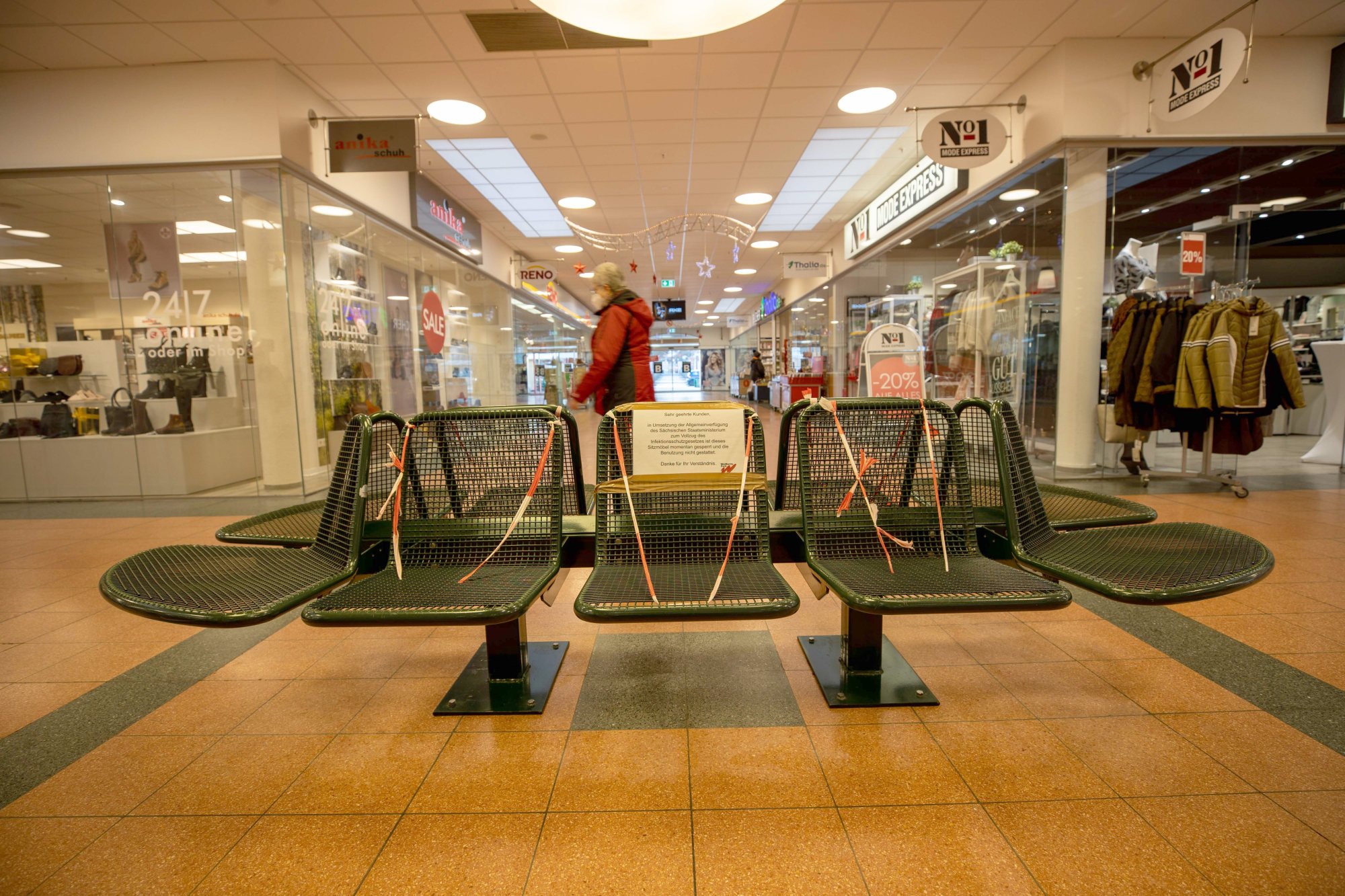 Cordoned-off benches in a shopping centre in Germany after tougher restrictions were imposed. Photo: dpa

Tougher restrictions designed to curb the spread of the coronavirus come into force on Tuesday in several German states yet to enforce new measures to quell a fifth wave of infections.

In many places, the measures limit to 10 the number of people who can meet in one place for private gatherings, even if they are vaccinated. This excludes children under 14 years old.

If there are unvaccinated people present, the limit is one household and maximum two people from another household.

Similar measures are already in place in much of the rest of the country, as health authorities seek to prevent the spread of the new and more transmissible Omicron variant of Covid-19.

Federal and state leaders agreed to impose further restrictions by December 28, with the states individually responsible for implementing the new regulations. Nightclubs are shutting nationwide from Tuesday.

Officials are concerned about a further wave of Covid-19 infections in the new year, with fear over the new variant, which is now present in all of Germany’s 16 states.

Even if most infections are still caused by the Delta variant, the number of Omicron cases has increased significantly in recent weeks, according to Germany’s national disease control body, the Robert Koch Institute.

Meanwhile the government announced on Tuesday that it would buy one million packs of the drug Paxlovid from the US company Pfizer to prevent severe cases of Covid-19.

Health Minister Karl Lauterbach said that the first deliveries were expected before the end of January.

“The drug is extremely promising because it can significantly weaken a severe case of Covid-19 when administered early. I expect that we will be able to prevent numerous severe cases in intensive care units with it.”