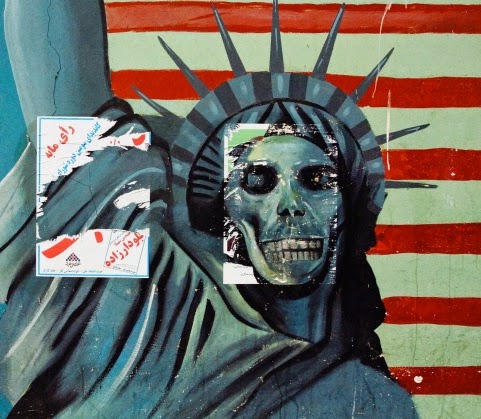 Shell’s carpe diem a lesson for all

Royal Dutch Shell’s $90 billion pitch at step-change growth is expected to trigger a tornado of consolidation across a wide landscape of global petroleum, with the Deepwater Horizon-blighted BP rated the next-most-likely landing point of acquisitive interest.

Indeed, while Shell’s interest in the British-based Mini Me that is BG Group has long been anticipated, there are some surprised by this acutely timed fulfilment, only because it was felt BP might be a more attractive target for the world’s second-biggest oil company.

The word is that Shell certainly took more than a sideways glance at the other British-born super major. But, in the end it plumped for BG, because it introduced more momentum in Shell’s transitional embrace of global gas markets as a core growth engine, would arrive in the original dual-listed giant carrying less uncertainty and reputational risk and was a deal more likely to be consummated reasonable quickly.

But there is some conviction that the mighty ExxonMobil might not feel as constrained by risk and that BP would deliver the world’s biggest listed petroleum house with massive reserve growth, at a serious discount to the cost of finding replacement barrels and with the potential of serious synergies, given the considerable geographic overlap of their resource bases.

The fact that the addition of BP would retain for any foreseeable future Exxon’s place as petroleum’s biggest listed operator might not hurt either. Given Shell is successful with the BG pitch, that title is likely to be a matter of some contention by about 2018, when the new combination’s production will outstrip that of the Exxon we see today.

Needless to say, the existing Exxon is the product of the same sort of targeted and ambitious opportunism that would be required to take on BP. It was at the depths of a slump in oil prices in 1998 that Exxon opened a campaign that ended with it paying $75 billion in paper to merge with Mobil. History says that deal was done at a discount to long-term value and generated far more in synergies than originally anticipated.

Whether Shell will extract more from BG than the $US2.5 billion ($3.25 billion) of annual savings targeted for 2018, time will tell. What is more certain though is that Shell is getting BG at a 50 per cent discount to its five-year average valuation and that more that justifies the similarly sized premium it has offered for ownership.

Add to that the fact that Shell is using its own paper to cover 70 per cent of price and what you have is a deal as well timed as it is structured.

Interestingly enough, the man who led BG to this deal was chairman Andrew Gould. We know the former Schlumberger boss better as the lead independent director of Rio Tinto through a period that included the resistance of BHP Billiton’s attempt at mega-major consolidation in 2008.

To some degree, Gould’s readiness to accept a deal at BG highlights the polar opposite tacks being taken by mega petroleum and big mining during these days of cyclical retreat in their respective markets.

The oilmen are seizing their moment to drive tectonic change that delivers geographic diversification, with new reserves being acquired at a discount to their long-term value. Meanwhile the miners, with the notable exception of Glencore’s bellicose Ivan Glasenberg, seem content to live within the security of their known knowns.

Australia’s pair of dual-listed resource houses, for example, have been strident in their rejection of opportunistic, inorganic growth through this period of cyclical weakness across their suite of commodities. Instead both, publicly at least, are sticking resolutely to strategic rhetoric that focuses on driving growth through targeted brownfields expansions, cost management and productivity enhancement.

This focus on the known has been particularly laser-like at the world’s biggest diversified resources business, BHP Billiton. The only concession chief executive Andrew Mackenzie has made to counter-cyclical opportunism is in deep-water petroleum, where he has raised the potential of acquisitions as the most economically attractive way of filling an emerging medium-term production gap.

As we keep noting, Mackenzie’s management thesis stands unique in the resources business, because he expresses so little interest in the reserve replacement that sits central to big oil’s routine of consolidation through period of price retreat.

Despite throwing $35 billion annually at growth, Shell has recently been unable to find new resources at a rate fast enough to cover its production. Reserve replacement has been running at less than 80 per cent and that means Shell is eating itself.

Exxon, on the other hand, is under considerably less pressure to acquire reserves, given it has been replacing them at 101 per cent over the past three years. In other words, it has more reserves now than it did in 2012.

For all that, though, chief executive Rex Tillerson told the market in March that Exxon stood ready for a big transaction. Whether coincidence or not, there was a consensus formed that Tillerson had ambitions for BG and speculation abounds that Exxon might yet invited itself to Shell’s party.

Back at BHP, Mackenzie insists the Global Australian has its foot on all that it needs to sustain a compound production growth of 6 per cent and will, in turn, support the company’s progressive dividend strategy. Instead, the BHP strategy is aimed at maximising returns on every key measure, from operating margins to shareholder returns. Mackenzie insists, too, that being the biggest is not the point and has underlined that point by moving to release a fleet of sub-scale assets to shareholders in the form of South32.

But, given BHP’s pretty fine history of engineering growth through structural transition has enabled it to anticipate long-term shifts in commodities demand, this certainty in the sustainability of the existing BHP asset base sits just that little bit uncomfortably for some.

As one senior mining executive observed on Thursday: “To a degree, Shell is calling an end to the oil era and the transition to the gas era. But while Shell is moving to the future, to gas, the likes of BHP are committed to the past, to steel-related products and thermal coal.”

Now, while this is a pretty high-level view and one that does not account fully for intricacies of either the attributes of the Shell deal or to BHP’s portfolio investment strategy, it does effectively capture the divergence of approach to generating growth.

For a start, of course, Shell is buying a good deal more in BG than expanded exposure to export gas markets, the gas resources that sustains them and the massively expensive LNG chillers that facilitates them.

BG will arrive with Brazilian oil prosects that are expected to be producing at 550,000 barrels a day by 2018 – equivalent to about 15 per cent of Shell’s current daily oil output – and that remains highly prospective exploration territory. It introduces upside too in the North Sea, Kazakhstan and Tanzania.

But the view that Shell’s BG play is an evolutionary investment holds. This is a deal driven by short-term expediency and long-term strategy and one that illuminates Shell’s view of the potential of gas as the transitional fuel for both advanced and emerging economies as they manufacture a reduction in the carbon intensity of their energy infrastructure.

The phrase “straw hats in winter” is embedded in BHP history. It was uttered in 1984 by BHP’s then chairman Sir James MacNeill to explain why he would countenance spending $US2.4 billion on a coal company during a price slump. That deal delivered two of the four pillars that support Mackenzie’s strategy – coal in the Bowen Basin coal and copper at Escondida.

And Shell’s shape-shifting approach on BG arguably offers a timely reminder that a bit of counter-cyclical carpe diem can go an awfully long way.